CHESAPEAKE — The Public Utilities Commission of Ohio has suspended its approval of a proposed merger between Verizon Communications Inc. and Frontier Communications Inc. responding to the filed objections of a Columbus-based consumer advocacy agency.

In May, Frontier, based in Stamford, Conn., and Verizon, headquartered in New York City, agreed to allow Frontier to acquire almost 5 million access lines from Verizon in a deal worth just under $10 billion.

It will create the largest rural communications service provider and potentially affect approximately 5,200 residential and 1,400 business lines in the Chesapeake area.

Shortly after the proposed merger was announced, the Ohio Consumers Counsel filed a request with the PUCO to take a closer look into the deal before it signs off on it.

“We just want to make sure it is in the public’s interest,” Ryan Lippe, senior communications specialist for the OCC, said at the time. “We don’t think it has gone through enough scrutiny. … We would want to make sure that Frontier is truly committing the resources.”

On Wednesday the PUCO suspended the application of the two phone corporations after reviewing the motions filed by the OCC and Cincinnati Bell Extended Territories, a competitor.

“We are certainly pleased that they suspended an approval,” Lippe said Thursday. “That is the first step to ensure the proposed merger is scrutinized properly. Going forward we continue to hope the PUCO will set local public hearings and proceed with an evidentiary hearing that would allow a close examination of whether this proposal is in the public interest.”

In an e-mail Verizon spokesman Harry J. Mitchell said, “The commission’s suspension of applications like this is routine and was not unexpected. We fully expect the commission to consider this application and the benefits it will bring to Ohio consumers.”

In a response to the OCC’s motion, Verizon objected to the request for numerous public hearings.

“We feel the hearings, particularly the extent of the hearings, are unnecessary and in fact, will add to the entire process,” Mitchell said.

Mark McCown: Funeral processions do have right of way 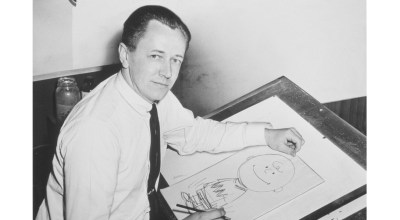