A longtime Ironton civic leader is being remembered for his contributions to the community and his love of his hometown.

Bobby Joe “Bob” Vaughn died Monday at King’s Daughters Medical Center at the age of 54. The graduate of Ironton High School served on both the Ironton City Council and the city school board. 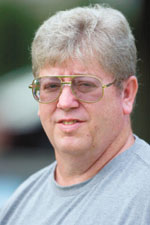 “He was just a joy to converse with,” Ironton School Superintendent Dean Nance said. “He had a love of Ironton that matched no other. He was a computer guru and loved Ironton sports. He could tell you stories about the score and where the games were played and who Ironton played in the playoff any year they went.”

Vaughn was also instrumental in the design work done for the new city schools including the recently opened high school.

“He loved the fact that we could incorporate that old front entrance,” Nance recalled.

Hugh Scott served with Vaughn on council in the 1990s and recalled the councilman’s desire to serve others.

“He was a people person, trying to help others,” Scott said. “He was a fine man, no doubt about it.”

Also serving in city government with Vaughn was current city councilman Bob Cleary, who called him a dedicated worker.

“He cared about good government,” Cleary said. “Bobby Vaughn had a lot of respect. He always had the best interest of the city at heart. We will sure miss him.”

There will be a graveside service at noon Friday at Woodland Cemetery. Phillips Funeral Home is in charge of arrangements. There will be no visitation.