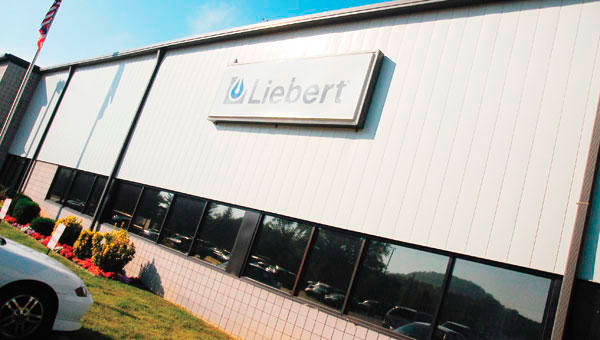 The parent company of an Ironton manufacturing plant expects to increase its workforce here by almost 50 percent in the next three years as part of plans to purchase the facility it has leased for the past 10 years.

On Friday, Emerson Network Power announced plans to buy the Liebert plant in the southern part of the city.

“We are very excited,” Ironton Mayor Rich Blankenship said after meeting with company representatives. “Two years ago there was talk about expanding but at that time the economy went south. Now it is the second go-round.”

Liebert, which has its main plant in Columbus, came to Ironton in April of 2000, leasing a building originally built by the Lawrence Economic Development Corp. three years earlier. The LEDC had put up the structure for Cabletron, a computer manufacturing firm that it had recruited in 1997. However, Cabletron ran into financial difficulties and closed its Ironton plant, according to Bill Dingus, LEDC executive director.

“The building was approximately half the size of its current size,” Dingus said. “Liebert worked with Pat Clonch, (then LEDC director) and the state of Ohio asking the LEDC to literally double the size.

“We have always felt good about Liebert. It is a good company. They have been such an important part of our community. We are pleased they have chosen to do this. It is a sense of permanency. I applaud Liebert. They do recognize those good employees.”

For the past decade Liebert leased the building from the South Point-based economic development company on land that was originally part of Allied Chemical’s Semet Solvay. Later the site was used as a baseball field for Ironton High School.

“We had always planned to buy it when we entered into the lease agreement,” Emily Acquisto, an Emerson spokeswoman, said.

Currently there are 246 hourly and 46 salaried employees at the Ironton facility that makes cooling products for telecommunication networks, data centers, health care and industrial facilities.

With the purchase Liebert plans to add 120 hourly manufacturing jobs between 2011 and 2014. There will also be a 12,000-square foot addition to the existing 194,000 square-foot structure for a paint operation and weld shop.

Both Dingus and Acquisto declined to give the selling price.

“Every job counts and we are very glad and proud to have Liebert a part of our community,” Blankenship said. “They are a good corporate neighbor and we welcome these jobs with open arms. We will do anything we can to help them out with the expansion. It shows that Ironton is progressing and moving forward.”

Pedestrian dies after struck by truck Saturday FRANKLIN FURNACE — An Ironton man was killed as he walked along Haverhill... read more