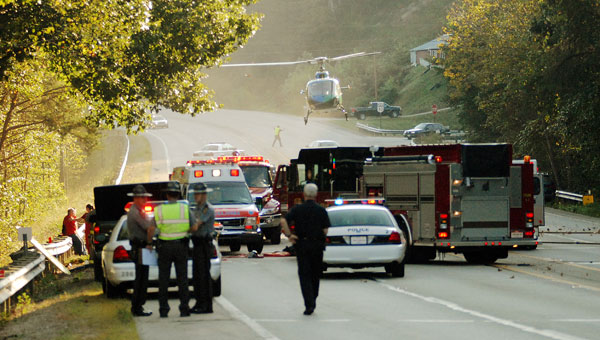 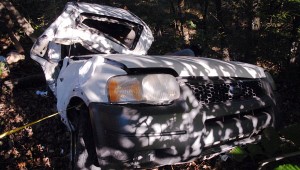 Chief Deputy Jeff Hitchcock of the Lawrence County Sheriff’s office said the vehicle tracks showed the white Ford Escape was traveling North on State Route 93, just past Porter Gap Road. The vehicle hit the guard-rail, and went over the embankment, hitting a tree.

The identities of the victims were not immediately released and their medical conditions are unknown.

It took 40 minutes to get the driver out of the vehicle.

“We’ve never seen a car smashed like that,” said Jay Sherman of the Coal Grove Fire Department. “The driver was completely trapped and the roof was closed on top of her.”

Jim Epling gives a confederate soldiers lesson at the Civil War Soldiers Plot as he demonstrates his bayonet during the... read more