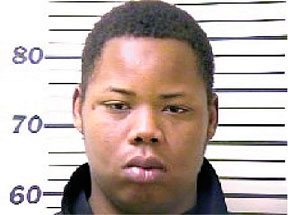 A 17-year-old who was away without leave from the Necco Center in Pedro has been arrested for murder following a shooting in Cincinnati Monday afternoon.

According to a press release from the Cincinnati Police Department, Ronnell Parks, 17, was arrested for the shooting death of Kevin Isaac, 20, of Winton Terrace.

The shooting occurred around 2:19 p.m. on Beekman Avenue. Isaac was shot twice. Parks was arrested around 10 p.m. Monday night.

The police department released the name of the juvenile because of the seriousness of the crime, a media liaison with the CPD said.

Parks had been transported to Cincinnati for a visit with biological family, said attorney Wendy Goodenough, who represents the Necco center. When the staff went to pick up Parks Sunday, he was not there and was therefore reported missing.

The visits were a part of Parks treatment plan, she said.

According to information released from the police department, Parks had mental issues and is on medication to control his behavior. Goodenough said the staff at the Necco center did not provide any specific information about his mental issues.

“The population we serve is borderline intellectual function and autism spectrum disorder,” she said.

Goodenough said the center’s staff is saddened by the news of the shooting.

“They cared about Parks and took care of him 24-hours-a-day,” she said. “You don’t take care of someone 24-hours-a-day and not form a relationship with them.”

The center is doing everything it can to stay in contact with authorities, Goodenough said.

THE TRIBUNE/JESSICA ST. JAMES For Jessi Cox, her love and dedication for music has earned her high honors. She recently... read more