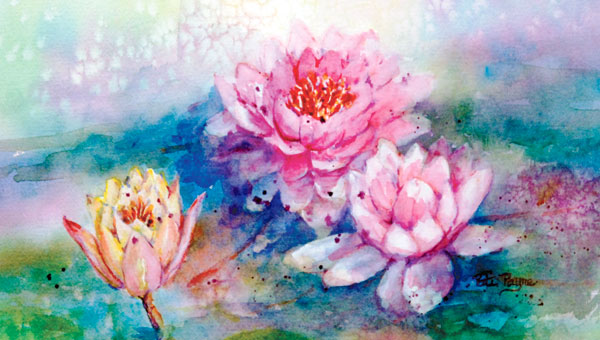 PROCTORVILLE — It’s a friendship based on a mutual love of creativity. And now those two artists have teamed up to present an exhibit of their paintings showing the depth and breadth of their individual talents and techniques.

Both women grew up sketching as children, but it was Del Checcolo who got away from creating art for many years. Then about 10 years ago, she started working in oils. Now she not only exhibits but teaches both children and adult classes at her South Point studio.

“You read a lot,” she said about how she mastered the medium. “I feel it is 95 percent a desire to do it. If you do, you will have a desire to learn. I read books, take some workshops and the Internet is great.” 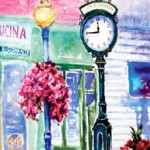 Her contribution to the exhibit is an eclectic offering of her work from landscapes to still lifes to portraits. The latter she would like to do more of.

“Portraits are extremely hard,” she said. “It is a lot harder than doing a landscape or a still life. You are trying to get a good image of the person.”

She will work from photographs and a live model, but prefers painting her subject in person.

“I’d rather do it from life, but most people these days don’t have the time,” she said. “A photograph is just a shot in time. It doesn’t show any emotion. It doesn’t show their personality.”

Del Checcolo met Payne at an out-of-town workshop and became friends. However, Payne’s journey to the world of the artist began much earlier.

“Both of my parents were artists and they had me starting from the time I was 2 years old,” Payne said. “I just grew up loving it, seeing all the things they were creating, going to art shows with them. I would get art supplies for gifts. I am addicted to it.”

Payne started out in oils but a few years ago switched to watercolors.

And she likes the creative process that happens when she paints.

“You get lost in what you are doing,” Payne said. “It is fun. You don’t know how it is going to turn out. You see a picture in your head. You paint something and it turns out to be what you are thinking. It is thrilling. You really get wrapped up in it. It is your creation.”

The show of Del Checcolo and Payne’s works is going on at the Proctorville campus through Nov. 19. Admission is free.

Rick Ferrell, a Portsmouth native, has been supplying singers with their words and music for years, and is now ready... read more