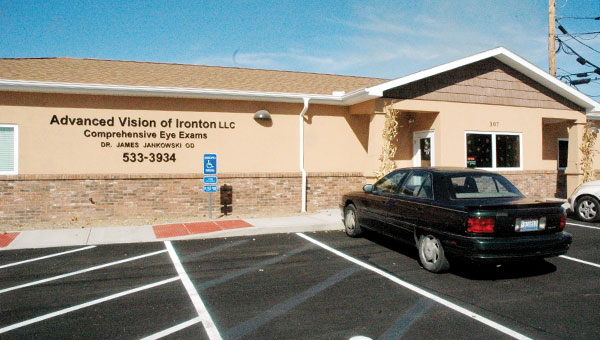 Office is located at 307 Madison St.

A new drug store isn’t the only thing that CVS brought to Ironton recently.

Along with the new CVS store that opened Sunday at the corner of Jefferson and Third streets, CVS built a new office for Dr. James Jankowski, an optometrist whose office was located where the drugstore’s new drive-thru was constructed.

“CVS bought out the old building and knocked it down and built us this one,” said Adrianne Jankowski, the optometrist’s wife and office manager.

CVS built on the location of the former Tipton’s Bakery, which it purchased in March. The doctor’s former office was on Fourth Street.

The new office, which has been open for about a month, is 2400 square feet compared with the old office, a renovated house that was 1800 square feet.

Jankowski drew the preliminary sketches of the office, while an architect drew up the official plans for the structure. 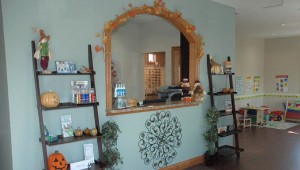 “We were able to have it pretty much the way we wanted it,” she said. “The way that would flow best for us.”

Besides the oak doors and trim, off-street parking and handicap-accessibility are two of the benefits of the new place.

“Our lab is bigger,” Jankowski said. “Before really only one person could fit. The waiting room’s a little bigger.”

She added that the office’s pretesting room is bigger, too.

The new office has some of the same features as the old one. The same color carpeting, for instance, was used in both places.

“We tried to keep it warm and homey,” she said.

Members of the five-person staff say they enjoy the new facility.

The office also plans to have another exam room available in the future. The room is currently being used for storage.

“We hope to have that up and running within a year,” Jankowski said.