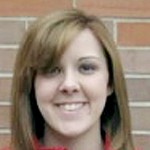 RIO GRANDE — Rachel Walker not only kills on the court, she’s still killing in the classroom.

The Rio Grande RedStorm senior volleyball standout was named to the Mid-South Conference All-Academic team for the second straight year.

Walker finished her senior season Monday in the conference tournament as Rio Grande lost in the semifinals to Georgetown College.

Walker was one of five Rio Grande players named to the All-Academic team. A total of 43 players made the team that honors players with a sophomore or higher rank and have a class standing of a 3.25 and above grade point average.

Sherman and Smith were named to the All-MSC volleyball first team while Bloom and Lauren Raines were honorable mention.

Walker and Bloom are the only seniors and Moore, a junior, will graduate early.

Walker had a huge game for the RedStorm with 13 kills, one solo block and three block assists.