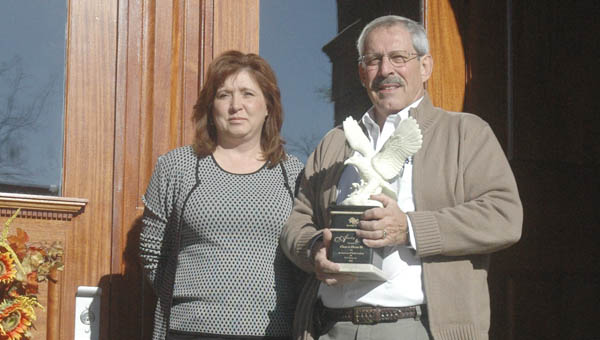 The company that constructed an Ironton business has won an award for its efforts.

H.A. Dorsten Inc, the Minster-based general contractors of Close to Home, III, won an Award of Excellence from the Ohio Valley Chapter of the Associated Builders and Contractors. The award was presented at a banquet in West Chester Nov. 4.

“Obviously what made this project work was that the community got behind the project,” Ron Dorsten, of H.A. Dorsten, said. “I believe they were very happy that this building was not going to be torn down as so many thought it was going to be.”

Close to Home is an assisted-living facility located on Center and Sixth streets. The 32-unit facility was renovated from a 100-year-old Catholic school and later a community center. The building had been vacant for years until construction on the project began in July 2009.

Maintaining the integrity of the building and transforming it to fit a different type of occupancy proved challenging, Dorsten said.

“I think we did (so) very successfully,” he said.

Seven another construction projects from the OVABC were given Awards of Excellence.

“There was some pretty heavy competition,” said Charles Kunkel, co-owner of the assisted-living facility. “As you can see a lot of them were in the Cincinnati and Dayton area.”

The company is submitting the project for a national award and should hear back by the end of the year about whether on not they will receive it.

“That will really be something if we get a national award for it,” Kunkel said.