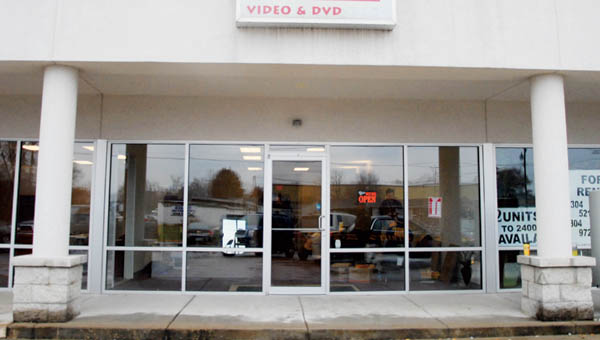 Federal agents are seen inside a reported pain clinic located in Burlington. THE TRIBUNE/JESSICA ST. JAMES

“From our knowledge it will not reopen,” Lawrence County Sheriff Jeff Lawless said this morning.

The clinic, located in the strip shopping center off Walmart Way, had only been open for about two to three weeks, according to Lawless.

Thursday morning there was a multi-jurisdictional raid involving the Internal Revenue Service, the Drug Enforcement Agency, the Ohio Bureau of Criminal Identification and Investigation, Ohio Pharmacy Board, the Lawrence County Drug Task Force, as well as the Lawrence County Sheriff’s office.

“We initiated a search warrant about 10 a.m. on the business,” Lawless said.

There were five patients in the clinic at the time of the raid.

“We made one arrest,” Lawless said.

Officers did a warrant check on all five patients and found an outstanding warrant existing for Charles R. Evans, 64, of Portsmouth.

Evans was wanted in Boyd County, Ky., on a theft charge.

Federal investigators spent the day interviewing the doctor and staff of the clinic. “What is occurring down there is sealed in federal court in Dayton,” said Craig Casserly, public information officer with the IRS criminal investigation out of Columbus. “I have to follow that and we cannot disclose any information.”

When the clinic opened, law enforcement began looking into it, the sheriff said.

“There are legitimate reasons for pain clinics and pain management,” Lawless said. “Our goal is to the stop the influx of pills on the street by those who don’t have a legitimate need for them. The people who don’t need this medication tend to sell it and make a profit.”

Office should be open by January The first of several portable physicians’ offices arrived at the future site of St.... read more