PROCTORVILLE — Contractors for the Union Rome Sewer District working on the ongoing sewer rehabilitation project will work in the following areas during the upcoming week.

Residents and businesses in these areas may experience an odor during lining activities.

If you are experiencing this odor inside your home or business, you probably have plumbing issues with your sewer trap that is allowing the odor to come into your home.

It is recommended that you pour some water down the lowest drain in your home or business and place a damp towel over the opening and open some windows to allow the odor to dissipate.

The rehabilitation process for manholes and sewer lines should not disrupt normal daily activities.

Residents are encouraged to minimize the use of water in these areas, and encourage all motorists in these work areas to slow down and be aware of the presence of construction workers.

Questions regarding this project or information relating to your sewer services should be directed to the Union Rome Sewer District at 740-867-8700.

Impasse declared between school board and OAPSE

CHESAPEAKE — The Ohio Association of Public School Employees, OAPSE, announced negotiations between Chesapeake Union Exempted Village School Board and OAPSE Local 275 have resulted in impasse being declared on Nov. 8.

The parties have been negotiating since Aug. 24, with the main issue being the union’s right to grieve violation of the extra trip article.

Both parties have recognized the financial uncertainty . The union has agreed to pull all financial proposals if the board agrees to remove the language preventing the union from grieving extra trips.

The parties have contacted Federal Mediation and Conciliation Service. Mediation is scheduled on Dec. 3.

FAIRBORN — MyCUmortgage announced the winners of its annual awards for excellence in mortgage lending. The credit unions were recognized for outstanding results in helping members with homeownership at the CUSO’s 6th Annual Partner Conference in Fairborn, Oct. 12-14.

• Dynamic Federal Credit Union (Celina, $17.3 million in assets) was named “Originator of the Year” in the small credit union category. This marks the fourth year in a row Dynamic has won the award with 83 loans originated.

• DESCO Federal Credit Union (Portsmouth, $243 million in assets) was named “Originator of the Year” in the mid-size credit union category for the highest number of closed mortgages, or 473 loans. The credit union has won this award four years in a row.

Extra Efforts Partner Award – DESCO Federal Credit Union received this award based on exhibiting the most collaborative approach to working with myCUmortgage.

“We congratulate these credit unions and their teams for the success they have achieved in helping their members with homeownership this past year,” said Tim Mislansky, president of myCUmortgage.

“The year presented many opportunities and challenges for credit unions to offer mortgages to their members. We saw tremendous growth for our partners in terms of revenue and market share.” 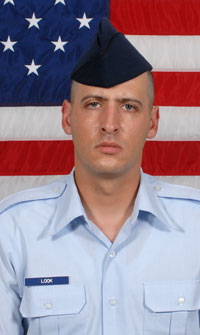 Airmen who complete basic training earn four credits toward an associate in applied science degree through the Community College of the Air Force.

He is the son of Dennis and Veraletta Look of Proctorville.

Jones has traveled the world starting churches, holding crusades and leading thousands to a personal decision for Christ. He attended Southwestern Assemblies of God University and upon graduation, began to travel as an itinerant evangelist.

Jones and his wife Cherie have planted more than 40 churches. This missionary couple now travels full time at home and abroad.

Morning worship begins at 10:30 a.m. and the evening service starts at 6 p.m. Sunday. Services Monday through Wednesday will begin at 7 p.m.

The church is located at 111 Lincoln St., Coal Grove.

SCOTTOWN — The Scottown Post Office will be collecting good clean coats and jackets, new or used mittens, gloves, hats, scarves, and blankets for the needy families in our area.

The collection begins now and will go through the end of February 2011.

The parking lot outside of JCPenney was packed well before sunrise for Black Friday shopping at the Ashland Town Center.... read more