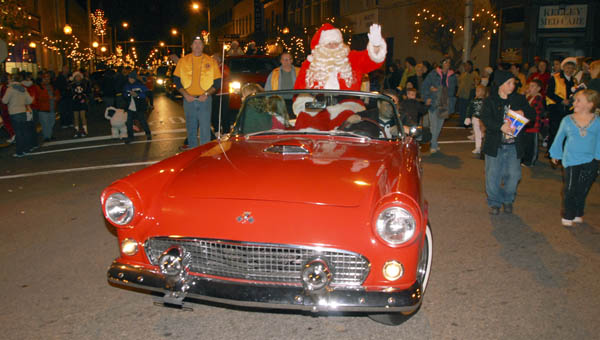 Christmas has arrived in Ironton. The annual Lion’s Club Christmas Parade marched through town Monday night, bringing with it the city’s official start of the holiday season.

The parade kicked off at 6, and by 5:30 p.m., kids of all ages had already lined the sidewalks of Second and Third streets, waiting for the occasional piece of candy tossed their way and of course, Santa Claus.

“I’m glad for the weather,” Lou Pyles, president of the Lion’s Club, said. Warmer temperatures were a welcome change from the weekend’s cold. “We are just pleased to do this for the community and open the holiday season for them.” 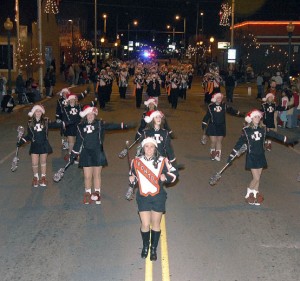 Several community groups took part in the parade, including the marching bands from Rock Hill and Ironton high schools whose Christmas music filled the air as they marched down the street. Fire departments, a dance studio, Ohio University Southern, El Hasa Shriners, just to name a few, also took part in the parade.

Then there was Santa, who rolled into town in style, riding in a convertible as red as the coat he wore.

Taking it all in was Vicki Unrue, of Ironton, who stood at the intersection of Center and Third streets with her 17-month-old twins, 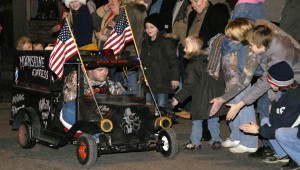 Isaac and Isaiah. The boys may be a little too young to understand who Santa is, but they are excited for Christmas, she said.

Unrue said she used to attend the parade when she was little and hopes it’s something her boys can enjoy, too.

“I think I’m going to make it a tradition every year.”

Honor Flight to give veterans the trip they deserve