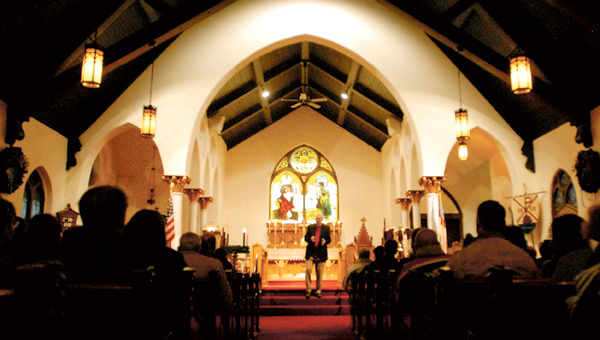 Some history and a little Christmas cheer too. That’s what is planned for those who attend the annual Christmas tour of downtown Ironton churches that’s slated for Saturday.

The tour has become a tradition for the historical society, which has put it on for the past several years, Debbie Rogers, the events coordinator said.

The event originated with late historical society member Luanne Blagg, who died last year. Rogers has been organizing the event for the past 10 years.

The event brings in people from all over, Rogers said.

“A lot of cities don’t have their founding churches in a downtown area like that.”

In its many years, the tour has never been canceled, even in adverse weather, Rogers said.

“If it snows it makes it more festive and if it’s raining people bring umbrellas,” she said.

The tour will start at First Baptist Church, Fifth and Vernon streets. There will be a 10-minute service at each of the churches, with 10 minutes in between for walking time.

After the last church, there will be refreshments at the Lawrence County Historical Museum, Sixth and Adams streets.

An Ironton man accused of felony domestic violence and kidnapping has denied the allegations. Homer W. Anson, 22, of 44... read more