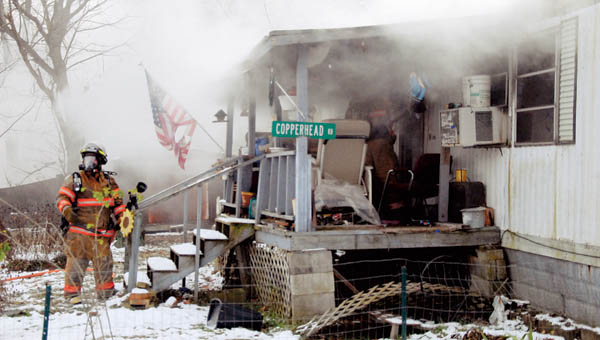 At 8:22 a.m. Tuesday, a fire was reported on Township Road 1336, which ultimately destroyed a camper and a trailer and damaged a neighboring house.

“It looks like it could possibly be a portable heater, but it is still under investigation,” said Burlington-Fayette Township Fire Chief Carl Kleinman.

Kleinman offered some advice for anyone using a space heater inside a home.

“Read the directions and keep the heater at a distance from things, just as the manufacturer says,” he said. “Keep vigil over those things.”

While there were no injuries or fatalities in this fire, that isn’t always the case.

In an effort to lessen the number of fires, the Ohio Division of State Fire Marshal issued a press release containing the following safety tips for when potable space heaters are used:

When buying a space heater, look for a control feature that automatically shuts off the power if the heater falls over.

Don’t use an extension cord with an electric portable heater. The current to the heater could melt the cord and cause a fire.

Don’t plug more than one heating device into an outlet.

Never use electric heaters near water – as in your bathroom or near a water heater.