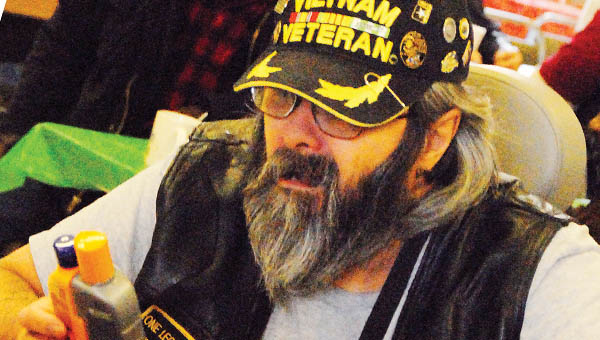 BARBOURSVILLE, W.Va. — It was a special Christmas present for those who gave to our country.

Members of the American Legion Post 433 Riders of Ironton brought Christmas to the residents of the West Virginia Veterans’ Home in Barboursville Saturday morning.

“These guys served our country and gave us the freedom and ability to do this and we owe it,” Frank Murphy, commander of the Legion, said.

Some of the items were given to the residents during the party, while others were kept to put in the residents’ stocking for Christmas.

To provide the Christmas gifts for the residents, the club has been fundraising all year. 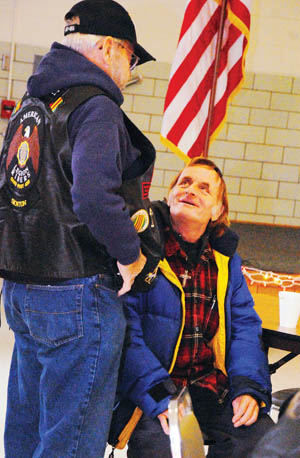 “This is why you see us doing bucket drives in the streets of Ironton,” said Fred Roush, director of the American Legion Riders.

Besides bucket drives, the Legion used funds it raised renting out camping site space during Rally on the River, Roush said. Several community donations also went towards the purchase of the items.

About 20 members of the Riders, as well as some of their families, came to the veterans’ home.

The Legion members will be providing Christmas for 47 veterans in local nursing homes today as well.

Recreation director Matt Sabin said the party and donations to the home, which has a very small budget for recreation, are appreciated.

“I had hoped to have one present for each resident and now it looks like we’ll have three or four,” Sabin said.

The home houses male and female veterans who range in age from their 20s to their 90s. Many residents don’t have family and they enjoy interacting with people, he said.

“If they weren’t doing what they’re doing, my guys would be climbing the walls,” Sabin said. “They bring a little bit of home into this place.”

Chesapeake volunteers gearing up for giveaway

CHESAPEAKE — The coats are sorted. The gift bags decorated. Now all that is left for the annual Christmas giveaway... read more