So, what’s your New Year’s resolution? 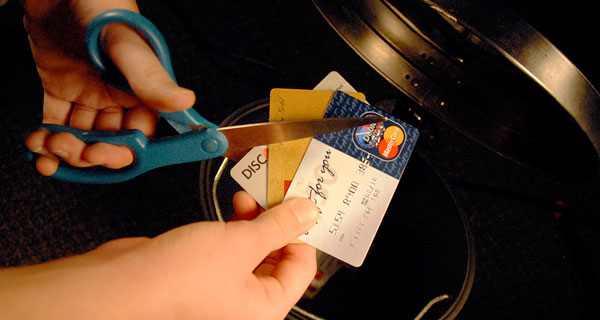 Now as the New Year approaches, that time for fresh beginnings, what have those so often in the public eye promised themselves as their resolutions for 2011?

They spend 365 days a week serving their home community, whether as an officeholder at city hall or at the courthouse or as a volunteer at one or many of the county’s civic organizations.

Now as the New Year approaches, that time for fresh beginnings, what have those so often in the public eye promised themselves as their resolutions for 2011? Here is a look.

As Mayor Rich Blankenship finishes up his first term in office, his resolutions focus on both the public and private sides of his life.

“I just want to keep a positive attitude in 2010 and keep working hard for the city,” Blankenship said. “And I want to exercise more than I have been, take better care of myself. But the biggest thing is to work hard for the city.”

County Recorder Sharon Gossett Hager candidly admits that usually resolution-making isn’t part of her New Year ritual. However 2011 is going to be a different year.

“I tell you I normally don’t make resolutions. I don’t keep them anyway,” she said. “It is kind of a waste. However, being a new grandmother to Vina Selene for the very first time, my resolution is to be a wonderful grandparent, just to love her.”

Her courthouse colleague Mike Patterson, county clerk of courts, looks at the New Year as a time to be reflective and strive for personal growth.

“I only have one,” Patterson said. “It is to treat people better this year than I did last year.”

In a couple of months Jason Stephens will leave his place on the Lawrence County Commission that he has held for the past 10 years to take over as county auditor. But before that happens in March, Stephens already will have marked a special milestone. And he knows just how he wants to do it.

It’s impossible to think the annual Memorial Day parade could run as smoothly as it does year after year without the tirelessly devotion and boundless energy of Lou Pyles, community volunteer extraordinaire.

Besides the parade Pyles spends countless hours with the Lions Club and its Halloween Tunnel. And don’t forget her special role at Easter time. What does she want plan for herself for the New Year?

“I want to try to keep up the volunteer work I do in the community,” she said. “Everything that I do, just try to improve it more.”

Stephanie Burcham, director of Ohio University Proctorville Center, recently finished her term as president of the Greater Lawrence Chamber of Commerce. She takes a new twist on the tradition of making resolutions and finds it works for her.

“I stopped making resolutions several years ago,” she said. “I make commitments for the things I am going to do. I didn’t want to give myself the chance to fail, but to take on an opportunity to do positive things. This year it is just to spend time in the word of God every day.”

This fall Doug Korstanje took over the reins of the chamber and his resolution shows his devotion to the county.

“It’s to find more ways to get people to know about the great things that are happening in Lawrence County,” he said.

“For anyone who doesn’t live or work in Lawrence County, they don’t know all the growth that has happened here. People aren’t aware of the good things that are happening. I’m going to take any chance to spread the word.”

Megan Goff to get new trial

Megan Goff, pictured in this file photo being escorted from the Lawrence County Courthouse in 2007 after being convicted of... read more