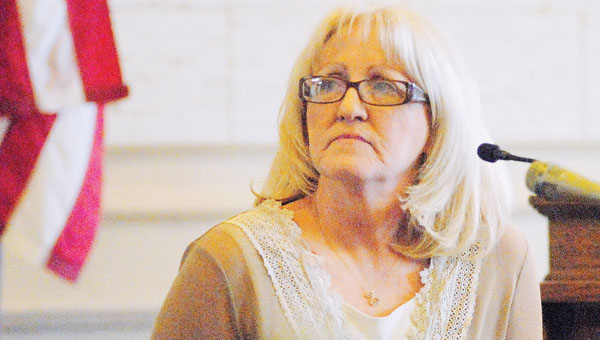 Audrey Dotson, mother of convicted murderer Kara Garvin, will be featured on an internet radio show.

In her self-imposed role as defender of her daughter, convicted murderer Kara Garvin, Audrey Dotson will present the case for Garvin’s innocence on an Internet radio show Tuesday.

Garvin, then 29, was convicted in March 2009 of gunning down a family of three in their trailer-home in Franklin Furnace in December of 2008. Prosecutors said the woman’s motive was robbery.

Garvin has maintained her innocence and said she was not at the home at the time of the murder. Garvin is serving a life sentence without the possibility of parole at the Ohio Reformatory for Women at Marysville.

The show is “Women Behind the Walls,” co-hosted by Gloria Killian from California and Mary Ellen DiGiacoma from New York.

Killian served 16 years at the California Institute for Women in Frontera for being the mastermind behind a 1981 robbery and murder. She was convicted in 1986 of first- degree felony murder, robbery and conspiracy and sentenced to 32 years to life. Killian also maintained her innocence and her case got assistance from Joyce Ride, mother of astronaut Sally Ride. The U.S. 9th Circuit Court of Appeals in San Francisco in 2002 reversed her conviction. The court determined that her conviction came from the false testimony of a convict, who helped prosecutors with the intent of getting a lighter sentence.

Dotson met Killian recently at a women’s innocence conference in Troy, Mich., and the two women continued to communicate through an innocence blog.

“It is almost like a support group for each other,” Dotson said.

Through that blog Killian extended the invitation to Garvin’s mother to talk about the case on the Internet show.

“I had never listened to it before, but I thought sure, how do I do it,” Dotson said. “It was a way to get Kara’s information out there, to share with other people the things that are wrong with the system. Gloria was convicted of something very similar to what Kara was convicted.”

Dotson will call into the show and be interviewed via phone lines on the Internet.

“There are two things I want to accomplished,” Dotson said. “I want people to understand there are innocent people in prison. I want them to know the things in Kara’s case that were never brought up. The stories that you hear are not the whole story. I want to get it out there, the questions in Kara’s case.”

Dotson also wants to be of support to others who find themselves in similar situations.

“I want to reach out to other people who go through this,” she said. “Women are treated like second-class citizens, more harshly than men in the judicial system.”

Dotson will appear on the show at 6 p.m. Eastern Standard Time or 3 p.m. Pacific Standard Time. The show can be access at www.blogtalkradio.com/4justicenow.