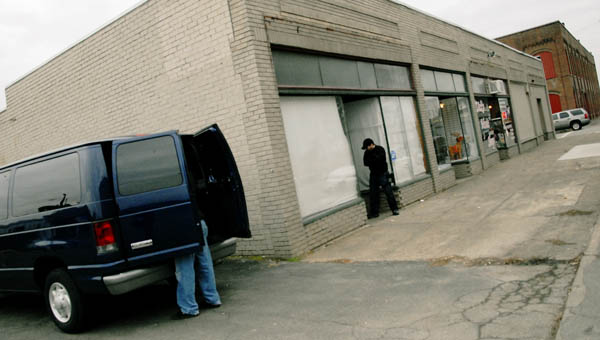 Sheriff Jeff Lawless said no arrests were made. He also said the DEA turned the findings over to federal prosecutor with the possibility of its going to the grand jury.

Russell Neville, resident agent in charge for the DEA office in Cincinnati, said the purpose of the warrant was to search for the drug mephedrone and that two people at the residence when the search began were questioned.

Cincinnati’s Drug and Poison Information Center published an article last summer about mephedrone, which is commonly marketed as plant food or bath salts.

The articles states that mephedrone, also known on the street as Meow Meow, MCAT, Bubbles and Drone, is a synthetic stimulant in the amphetamine and cathinone class. It can be found online and is sold as capsules, tablets, or white powder that users may snort, swallow or inject.

The article also states that mephedrone is abused for its ability to cause increased alertness, euphoria, excitement, feeling of stimulation, urge to talk and openness.

Adverse effects of the drug have been reported as being inability to normally open mouth, anxiety, abnormal heartbeats, delusions, increased sweating and heart rate and nausea and vomiting. The article states that little is known about the drug and its long-term effects on humans, but that several deaths in the United Kingdom have been associated with the drug.

Dr. Andrea Volz with the Central Ohio Poison Center in Columbus with Nationwide Children’s Hospital said, “It works similarly to cocaine and amphetamine and MDMA, which is ecstasy. It’s very addictive.” She also said the substance is popular in Europe.

The drug has made headlines in the UK in recent years for being popular among night-clubbers.

According to the Federal Analog Act, any chemical “substantially similar” to an illegal drug is also illegal if it is intended for human consumption.

Special Agent Richard Isaacson, drug prevention coordinator for the Detroit division of the DEA said mephedrone is an analog of methcathinone.

“It mimics the illegal drug methcathinone,” Isaacson said. “In the federal government, even if mephedrone is not considered a schedule I drug like methcathinone is, a person could still be prosecuted under the Federal Analog Act of the Control Substance Act. That’s why you might find the DEA involved in a mephedrone investigation.”

Currently, it is not illegal to possess the substance, but people can still be prosecuted for misusing it.

“If someone was manufacturing it or selling it for human consumption, in that hypothetical situation, someone could be prosecuted under the Federal Analog Act,” said Isaacson.

ASHLAND, Ky. — King’s Daughters Medical Center is suing a local union that represents more than 600 of its employees,... read more