A legacy and a dream not forgotten 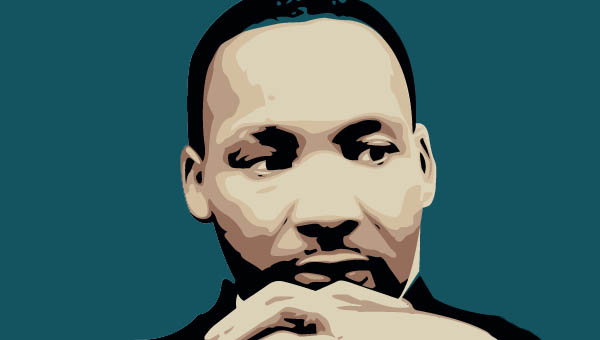 “I say to you today, my friends, so even though we face the difficulties of today and tomorrow, I still have a dream. It is a dream deeply rooted in the American dream.”

Dr. Martin Luther King Jr. spoke those words from the steps of the Lincoln Memorial in Washington D.C. in 1963. King’s “I Have a Dream” speech, still elicits the memory of his work for the advancement of civil rights.

In celebration of the life and work of the man whose life was cut short by a gunman as he was standing on the balcony of a motel room in Memphis, Tenn. in 1968, Ohio University Southern will host the 20th Annual Dr. Martin Luther King Jr. Community Celebration at 6 p.m. in the Mains Rotunda. This year’s theme is “The Beloved Community.”

Dr. Charles Jarrett, associate professor of sociology at OUS, has been with the celebration since its inception.

“I think it’s wonderful,” he said. “It fulfills our commitment to the community in terms of cultural enrichment and diversity programming here at the campus. It’s a very important part of our calendar.”

Dean Bill Willan will welcome the audience and introduce Kim Keffer, who will sing the National Anthem. J.D. Crockrel will pay tribute to Coretta Scott King, Rev. James Stowe from Quinn Chapel AME will lead the audience in a litany of commemoration as well as sing.

OUS student Catherine Cirner will sing and Dr. Jarrett will give a presentation with student Troy Allen about the beloved community concept.

Jarrett said King worked on the concept of the beloved community as he was preparing for the march to Washington and the “I Have a Dream” speech.

The beloved community, as Jarrett explained, is a global vision in which all people can share in the wealth of the earth. Love and trust will triumph over fear and hatred. Peace with justice will prevail over war and military conflict.

Jarrett said the community celebration has grown in popularity over the years and the audiences have gotten larger.

“I think that anyone who would like to make that special effort to recognize Dr. King and the holiday should bring their family and come out for this,” he said.

Local pastor of First Baptist Church of Burlington, Dr. Douglas C. Carter, said he remembers the turmoil going on at the time when King was preaching his message. A native of Ironton, Carter was in the military, stationed in Florida after a 14-month tour in Japan during the Korean Conflict.

“I left home (in Florida) and got on the Greyhound bus and went to Birmingham, Ala., had my dress uniform on,” Carter recalled. “I got on the bus and sat on the second seat beside a white lady, not knowing any difference, because I’d done that all my life.”

Carter said growing up in Ironton wasn’t like other communities that were segregated at the time.

“I didn’t know anything about that segregation stuff,” he said. “We all went to school together, played together, slept at each other’s homes. The movies, everybody went to the same movie, but the blacks had a section that they sat in, they didn’t have to. We dated each other, we played ball together and all that stuff.”

On the bus to Birmingham, Carter met with a harsh realization.

“A white fella in bib overhauls came up and hit me upside my head and called me the n-word.”

“Get in the back of the bus where you belong,” the man said to Carter.

“It was one of the first experiences I had,” Carter said of his treatment.

Carter also said he remembered when King was shot in Memphis, and remembered visiting the Lorraine Motel, now the site of the National Civil Rights Museum, and seeing King’s dried-up cup of coffee sitting on the table.

“He had a mission and a call from God to bring all people together, not just black people,” Carter said. “I think that’s where a lot of people get it wrong, that he was only for the black man. He was for humanity being treated fairly. We need more of that today.”

Harriette Ramsey, born in Ashland, Ky., remembers growing up in a much different society than Carter’s integrated community in Ironton. During her childhood, Ramsey said she couldn’t go to the movies or eat in restaurants. The schools were also segregated.

Years later, when she married and wanted to buy a home in Burlington, she met with more opposition from home-sellers.

“When we would go to the door, they would up the price of the houses where we knew it wasn’t possible,” she remembered. “They would say, when we came to the door, ‘There’s a ‘n-word’ at the door.’ We couldn’t find a decent home they would sell to us.”

Ramsey and her husband built their own home in Burlington, and when she had children, she told them their lives would be different because of King’s work.

“I told them, ‘By the time you get of age, all of that will be gone and you’ll be able to do all these things and the prejudices wont be there.’”

Having a mother who was very active in the civil rights movement in Ashland, Ramsey said she owes her own dedication to the movement to her. Her mother actually met King when she and a scout troop went to a march in Frankfurt, Ky.

“She couldn’t believe the amount of people that were there and the messages that were told to them that day, which she brought back home,” Ramsey recalled. Ramsey said King’s non-violent message and the way he carried himself left a big impression on her mother that was instilled in Ramsey herself.

She also remembers the day King was shot, and still struggles with putting into words the way she felt when she found out.

“It was like a member of your family,” she said. “It was, you thought, ‘Is the dream going to die now with his death?’ It was just very depressing.”

Ramsey said King’s dream is still alive but it has not yet been fulfilled, and that the third Monday in January is not just another holiday.

“This just isn’t a day off from work, a holiday,” she said. “This is a celebration and this is the time to let everyone know where you stand. I’m going to do my part to keep the dream alive.”

The community celebration at OUS on Monday is only the first of events to celebrate the life and work of Dr. King. On Wednesday, Katie Owens, a student at OUS, will perform for the weekly Brown Bag Concert Series at noon in the Mains Rotunda. She will sing songs related to King, his life and the civil rights movement.

On Friday, OUS Proctorville Center is having a brunch at 10 a.m. in honor of King, and on Jan. 24, there will be a dialogue on diversity at 1:15 p.m. in the Bowman Auditorium. The name of the lecture is “Responding to Injustice: The Legacy of Dr. King.”

Carter reminds everyone to, “Give God the glory for the man who had such care for humanity.”

City gets the word out about taxes

As the April deadline approaches, the City of Ironton is changing the way it reminds residents to file their income... read more