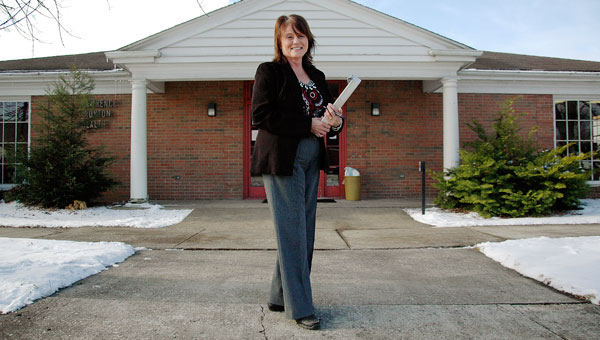 Lana Cherrington has been hired as the new director of environmental health for the Ironton Health Department. Born in Dayton and raised in Clark County, Cherrington has spent 20 years in public health. For the past 17 years, she has been a registered sanitarian.

Lana Cherrington started a week ago as the department’s director of environmental health.

“I’m just thrilled to be here,” Cherrington said, adding that she has family in the area and is glad to be near them.

Born in Dayton and raised in Clark County, Cherrington has spent 20 years in public health. For the past 17 years, she has been a registered sanitarian.

Most recently, she was the director of environmental health with the Ross County Health District.

As environmental health director and sanitarian, Cherrington will be responsible for food inspections as well as investigating warm-bodied animal bites. She’s sometimes called on to investigate nuances like bedbugs as well.

For her, public health is a passion, she said.

“I think (my favorite part) is just the people,” she said. “I enjoy the interaction with the business owners. This is as much a people job as it is a science job.”

Her first week was busy as she was trying to catch up on work. Her predecessor, Paul Drescher, resigned about a month ago and the position has been vacant since then. While she’s been to a few of the restaurants so far, she plans to visit more this week, she said.

Cherrington plans to implement a new training program for restaurant owners and operators.

“We want to make sure they are in compliance with the state rules and laws,” she said.

So far her experience with Ironton has been positive, she said. The staff at the health department is friendly and the city is bigger than she thought, she said.

Cherrington said she looking forward to working with the public and partnering with city officials.

“We are very pleased,” Laura Brown, health commissioner, said of Cherrington. “We are very lucky to have her.”

It’s now in the hands of the new Ohio Secretary of State. Last week a report on the investigation into... read more