JACKSON — A Jackson County Grand Jury has indicted the man arrested in connection with the DUI death of a South Point child. 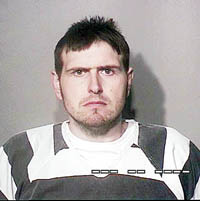 Her mother, Marsha McGinnis, was stopped in the southbound lane of the highway at the 10-mile marker when the car she was driving was rear-ended by the Jeep Grand Cherokee driven by Haines, of Oak Hill. Her car then skidded left of center where she was struck by a car driven by Deborah Miller of Columbus. Miller was northbound on State Route 93.

At the time of the accident the Ohio State Highway Patrol said that Haines had been under the influence of drugs.

If found guilty, Haines could be sentenced to a maximum of eight years for the vehicular homicide, a felony two, and five years for each of the felony three assault charges. He remains in the Jackson County Jail.

The first revenues from the new Lawrence County Emergency Medical Services should be coming in by the end of the... read more