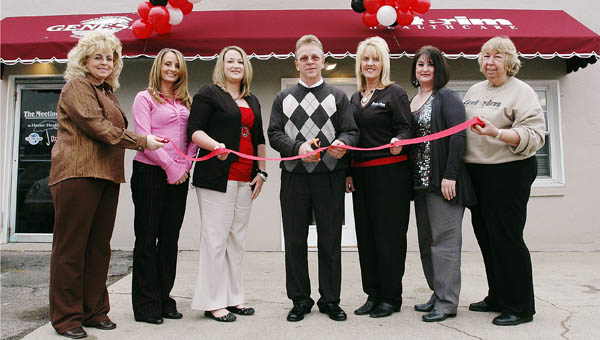 COAL GROVE — Interim HealthCare covers the needs of residents in Ohio’s eight Southern counties, and now has an office in Coal Grove to better serve the community.

Interim HealthCare specializes in home health care. Donna Southworth, RRT, is the president of the company and is excited about what the new office will mean, not only for the business, but for the community.

While Interim HealthCare has already been providing services for the area, Southworth said having an office in the area will make it more personal and accessible. There is an added bonus.

“It will bring more jobs to the area,” Southworth said. The business will employ nurses, home health aides, physical therapists and an office assistant and they are hiring.

For more information on the positions available, call Tonya Howard, recruiting director, at 740-532-4357.

“Anytime we have a new business come in, I think it’s great,” he said. “I hope they do well.”

Southworth said another positive thing Interim HealthCare brings to the area is its involvement.

“We are really active in community activities,” she said. She added the biggest event they participate in during the year is Relay for Life, raising $15,000 last year. This year they have increased their goal to $20,000.

“We have so many patients and their family members fighting cancer, and the only way to do that is with dollars,” she said.