New South Point business hoping for a slice of success 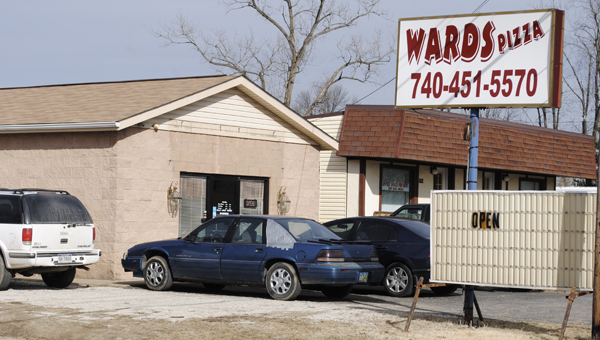 SOUTH POINT — Ward’s Pizza in South Point is open and ready for business. Opening day was Tuesday and owner Kim Ward is glad to have it up and running.

Ward’s Pizza is located at 6733 County Road 1, at the site of the former AJ’s Pizza. The restaurant is open Monday through Thursday from 3 p.m. until 10 p.m. and on Fridays and Saturdays from 3 p.m. until 11 p.m. It is closed on Sundays.

The restaurant serves pizza, spaghetti, salads, chicken wings and a large variety of sandwiches, including ham and cheese, stromboli and pizza breads.

Kim Ward said the biggest question she has had so far is, “Is this the same Ward’s Pizza?” She said her father owned the business that was in South Point for five or six years, and then moved it to Prichard, W.Va., where it was successful for many years. After her father’s death in 2009, the family decided to close the business.

Her fiancé had worked with her father for 15 years and she said it was his passion to start the business up again. But Ward said she was still a little nervous about the idea because of the condition of the economy.

Ward said getting everything ready to open had no real problems.

“It’s been kind of smooth,” she said. She said the dough hook on the mixer broke and that delayed the opening day while a new one was purchased, but everything else has gone well.

In addition to being a restaurateur, Ward is the developmental coordinator for the Paramount Arts Center. She resides in Huntington, W.Va.

For now, it is just Ward and her fiancé running the restaurant, with some help from family members.

Ward said the business is family-owned and operated, just as it was when her father owned for all of those years.

“It’s the same Ward’s Pizza and the same recipes,” she said.