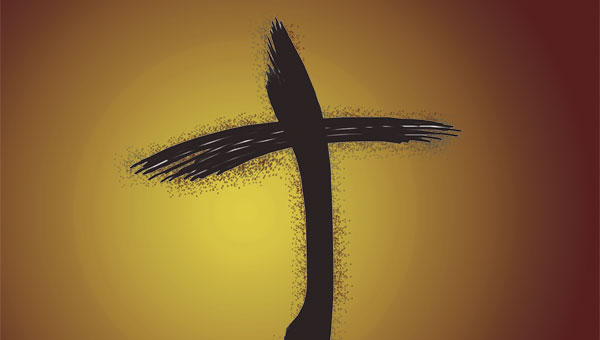 “Remember, man, that you are dust, and into dust you will return.”

It is these words or a variation of them that many Christians from all over the world will hear this week as they participate in Ash Wednesday services.

Ash Wednesday marks the beginning of Lent, the 40 days excluding Sundays until Easter, the day that Jesus rose from the dead after his crucifixion.

The day is traditionally commemorated by the receiving of ashes, which clergy members place on a person’s head in the Sign of the Cross.

As Ironton Presbyterian Church Pastor Jan Williams explained, the ashes are meant to be a reminder of mortality.

“The rest of the year we’re frivolous of our mortality. This is a way to come face to face with the fact that we are going to die,” Williams said. Many things seem less important when you think about dying, she added.

Williams recalled an Ash Wednesday service from her seminary days. The students were responsible for imposing the ashes on each other’s forehead.

“It was a community thing,” Williams said. “By the next summer, the woman that I had put the ashes on was dead. She died of cancer.”

It’s a memory that remains with Williams and that is brought to mind every Ash Wednesday as she puts ashes on the forehead of her congregants.

“I think of the possibility of their morbidity,” Williams said. “I don’t think that’s a morbid idea. It’s the reality of the world and we try to make peace with it.”

The ashes themselves are traditionally made from the palm branches of the previous year’s Palm Sunday celebration. Palm Sunday, which celebrated each year on the Sunday before Easter, recalls Jesus’ triumphal entry into Jerusalem. According to the Gospels, crowds laid palm branches in the road as he traveled through on a donkey. Palm branches are still incorporated into Palm Sunday services each year. The branches are burned, mixed with oil and used during Ash Wednesday services.

“It represents our promise to be faithful to Jesus’ teachings,” the Rev. David Huffman, a Catholic priest, said. “Like so many things, we forget and it needs to be renewed. We wear our old promises and promise to renew them again on Easter Sunday.”

The season of Lent is a time to prepare to renew that promise, Huffman said.

“Lent is a time of renewal of our faith by abstaining from or giving up or making sacrifice,” Huffman said. “More importantly by doing something positive to become a better person, to guard our tongues, to reach out to the needs of other people. So also it’s a time of making monetary sacrifices for the local needy and the needy around the world.”

In the Bible, 40 days signified a perfect amount of time, Huffman explained. It’s also the amount of time that Jesus spent fasting in the desert when he was tempted by the devil.

“Jesus said no to the temptation of the devil and we have to renew our promise to resist in the same way, so it’s a most holy and a serious time for Catholics,” Huffman said.

The season is commonly associated with giving up something, but the more important component, the Rev. Robert Hale of Ironton First Church of the Nazarene, said, is what people replace that thing with.

One of his daughters told him recently that she was giving up chocolate for lent, he said.

“It’s hard to take the time you would be eating chocolate and give it to God,” Hale said.

“You should give up something like a TV show so you can spend that time praying. The question is what are we doing with the extra time we now have due to fasting? To me it doesn’t do any good to give up something if we don’t replace it with something.”

The point of fasting a meal during Lent is to spend the time you have spent preparing the meal and eating it and use it to pray and draw closer to God. During the season, Christians are to seek God with a humble heart and a contrite spirit, Hale said.

After the 40 days comes the biggest celebration of the year for Christians, Easter. It’s then that the remorse for sins gives way to celebration of Jesus’ resurrection from the dead.

“Easter is the highest feast of the whole church year,” Huffman said. “Christmas pales in comparison in to Easter. Jesus of course couldn’t have died unless he was born but still it’s all about Easter.”

What is SB5 and who wants it to pass?