Kevin D. Haslett, 54, of Ironton, formerly of London, England passed away March 3, 2011, in the King’s Daughter Medical Center after a sudden illness.

Kevin was most recently a salesman for Verizon. He had previously worked as a manager for the Tescos Warehouse in London, England with 27 years service. Kevin especially enjoyed photography. 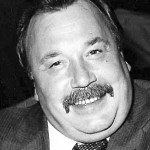 Left to cherish his memory are his loving wife of 11 years, Deanna Cobb Haslett at home; children, Shelley and Alan Haslett both of Herts, England; stepchildren, Scott Burdette and Terri Brown both of Charleston, and Tim Burdette and his wife, Sarah, of Beaufort, S.C.; sister, Debra Gips of Hainult, England; 14 grandchildren and several nieces and nephews.

The funeral service will be 2 p.m. Sunday at Long and Fisher Funeral Home, Sissonville, W.Va. with Pastor Donnie Kiser officiating. Burial will follow in Floral Hills Garden of Memories, Sissonville.

A gathering of family and friends will be one hour prior to the service at the funeral home.

Condolences may be sent by visiting www.longfisherfuneralhome.com.