Thomas Charles Jones Sr., 56 of Ironton, passed away Friday, March 11, 2011, at Southern Ohio Medical Center in Portsmouth. The Ironton native was born Dec. 4, 1954, the son of Fred D. Jones and the late Marilyn Reed Jones. He is survived by his wife, Rosemary White Jones, whom he married Aug. 31, 1996.

Mr. Jones was a 1974 graduate of St. Joseph High School and was a medical unit assistant with the American Red Cross in Huntington, W.Va. Mr. Jones was also a member of the First Church of the Nazarene in Ironton. Thomas loved working the gates on Friday nights at the Ironton High School football games, loved gardening, and  most importantly spending time with his family and loved ones. 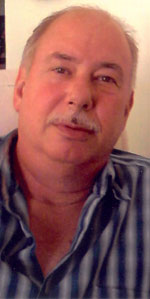 Funeral services will be 1 p.m. Tuesday at the First Church of the Nazarene, 2318 South Fourth St., Ironton with Pastor Rob Hale officiating. Burial will follow in Woodland Cemetery. Friends may call Monday from 6-9 p.m. at the church. At the family’s request donations may be made to the Jonathan and Christopher Jones Trust Fund in c/o Ohio River Bank, 221 Railroad St., Ironton, OH 45638. To offer condolences to the family, please visit www.phillipsfuneralhome.net.