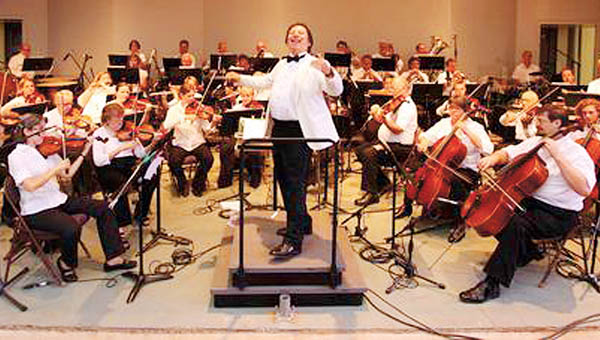 Falling short of its fundraising goal, the fate of the Huntington Symphony Orchestra has never been more uncertain.

Officials had hoped to raise $100,000 by March 31 in a Save the Music campaign started in mid-January to keep the 80-year-old institution alive for another season. On April 1, the executive director, Hogan Haas, reported that only $45,000 had been raised.

“Hopefully there are some more coming in the mail soon,” he said grimly.

This week, there was a special board meeting to decide if the HSO had a future, and what steps to take if there was one.

Last month, the orchestra performed what may have been their last concert, “Carmina Burana” at the Keith Albee Performing Arts Center.

Haas said it takes an average of $50-75,000 to put on a performance. With donations down 39 percent, sponsorship down 52 percent and the cost of productions up 28 percent, it is no wonder that future seasons are up in the air.

Nevertheless, Haas said the board is remaining optimistic of the upcoming season.

“We’re planning a schedule to do a reduced series,” he said. “We normally do eight concerts a year, we’re going to try to do five concerts this year.”

The $100,000 goal would give the HSO a jump-start to get back up and running and any money raised would go towards producing a new season. Currently, Haas is the only staff member, and he isn’t getting paid.

“We’re trying to get other funding,” Haas said. “We even need a grant writer if anyone is interested. We need any type of assistance. I know it sounds like I’m groveling, I guess I am.”

Haas said the March 31 deadline for the Save the Music campaign was to show a sense of urgency, but that they hope donations will continue to come in.

“Everything is on the line right now, everything we spend money on,” he said. “Our expenses are down over the last two years. We only spend what we have to. Our main goal is to get corporate sponsors. We’ve been getting a lot of donations from individuals but we need individuals to go after their companies to make donations. That’s the biggest plea we can have.”

The HSO will have a tag sale starting a 9 a.m. on May 14 to help raise funds. It will be held in front of Big Sandy Superstore Arena.

Tentatively, there will be a jazz special at Heritage Station on June 11 and a Pops show on July 23.

“I’m sure that more donations will come in and I’m sure the whole Tri-State will support us. They have in the past and they will again.”