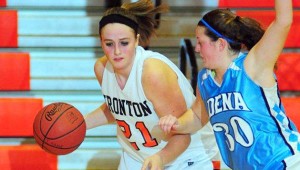 CRESVIEW HILLS, Ky. — Nikki Elswick played like an all-star. Now she will be surrounded by them.

The girls’ game begins at 5:30 followed by the boys.

The 6-foot Elswick averaged 20.6 points and 11.9 rebounds per game this past season.

A Shawnee State University signee, Elswick was first team all-district by the Associated Press and District 13 Coaches Association. She was an AP third team All-Ohio selection.

Elswick shared the coaches’ district Player of the Year award in Division III and was selected to play in the annual North/South game.

Elswick helped Ironton to the state tournament as a junior and was named to the all-tournament team.

The Associated Press CINCINNATI — For the first time all season, there was a joyful sound in the Houston Astros’... read more