A former police officer accused of taking money from people he pulled over for traffic violations was in court Wednesday. 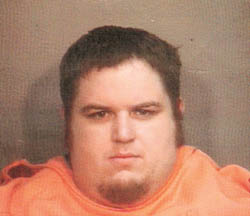 Blanton and co-defendant Thomas S. Trent Jr., 22, of 2407 Argonne Road, Portsmouth, were both employed as police officers at the Hanging Rock Police Department at the time of the alleged crimes.

Thomas was indicted by the grand jury on identical charges, but was not in court Wednesday.

Lawrence County Assistant Prosecutor Brigham Anderson said the men were allegedly issuing traffic tickets, allowing people to pay for them in cash and then pocketing the money.

Trent had been suspended without pay from the Hanging Rock Police Department and has been terminated, Steed said.

Judge Charles Cooper set bond at $25,000 cash or surety and allowed him to post 10 percent of the amount. The judge also ordered that Blanton surrender his passport until the case is resolved.

A pretrial hearing has been set for May 18.

NELSONVILLE — Tree planting volunteers are being recruited to help Wayne National Forest plant 1700 trees and shrubs on a... read more