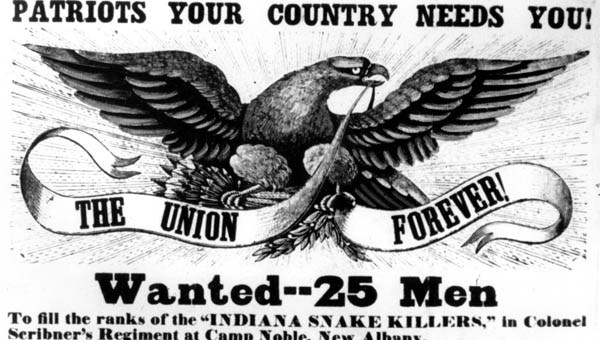 Most persons associate the date April 9, 1865, when Lee surrendered to Grant, as the end of the Civil War. However, there would be other capitulations throughout the South after the surrender at Appomattox Court House.

Then Northern and Southern soldiers could go home—it was finally over! Vicksburg, Miss. was chosen as a site for exchange of prisoners taken during military engagements between armies in the Western Theater.

Camp Fisk at Vicksburg would have too many soldiers wanting to go home. They wished to take off their faded blue uniforms, have some home cooking, and merge back into a peacetime society.

Boats began arriving at Vicksburg on April 27, 1865. Four separate boats came to take Union troops home. One of the four, the Sultana, would experience a unique moment in American history. The Sultana would be known for many years as “America’s worst maritime disaster.”

The United States government had made contracts with these captains to transport returning soldiers. A ship captain was to be given $5 per soldier to transport soldiers north. He would receive $10 for each officer. Some boatowners were said to have paid bribes to put more soldiers than allowed on these boats.

Registration rolls for 300 soldiers had been prepared for passage on the Sultana. Three different groups of Union soldiers went aboard the Sultana that day. The boat was carrying six times as many passengers as the law stipulated.

The Sultana, a side-wheeler, had been built in Cincinnati and was 260-feet long. When the Sultana left New Orleans on April 21, 1865, it was under the command of J. C. Mason, a well-respected riverboat pilot. At the stop in Vicksburg, the boilers were leaking badly.

The Mississippi was in a flood stage and the boat was “going against the current.” Repairs were made at Vicksburg and the boat headed toward Memphis. Upon leaving Vicksburg, there were 75 cabin passengers, 85 crew members, 60 horses and mules, and more than 100 hogs. It has been said there were 1,866 Union troops. By law, the Sultana was to carry 376 people, including her crew. Some believe there may have been 2,300 persons on board.

Near “Paddy’s Hen and Chickens,” north of Memphis in the Mississippi River, the Sultana’s boilers blew up just two hours before dawn (shortly after 3 a.m. on April 27, 1865). The huge fireball was seen several miles away. Many riverboats raced to the scene, but it was too late to help the victims. Others were thrown into the cold, muddy Mississippi. Since many of the soldiers had just been let out of Southern prison camps, they were too frail to stay afloat or swim.

Why did this happen? Speculation points to a water shortage in the boilers, faulty repair work, or overloading the ship.

An official body count stated 1,238 deaths. Hundreds of blue-clad corpses were found at various places downstream for the next month. Estimates of death approached 1,800 dead and presumed dead. Others compromised on 1,585 deaths.

Regardless of the controversial numbers, the Sultana disaster still ranks as “the greatest marine disaster of American history.” Blame for the disaster was put upon Captain Frederic Speed who was in charge of placing soldiers at Camp Fisk on the boats. He was dismissed from the military after a lengthy trial.

Most of the soldiers on board had preferred drowning to being burned alive. A majority of them were on their way home to Ohio, Illinois, and Indiana. In July, 1998, the Sultana lay buried in 20 feet of mud in an Arkansas soybean field.

According to some local folk historians down river in Portsmouth O-H-I-O the idea of a national Memorial Day was first... read more