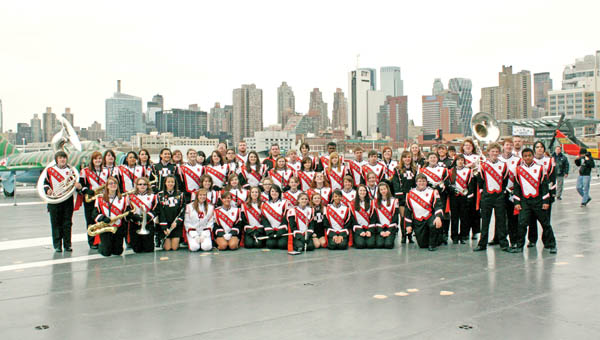 “We could not have done so without the help of every single donor, both business and private,” said the band’s director, Jeff Sanders.

The group also began a correspondence with a school from South Africa whose music teacher was visiting the U.S. and taped some of the performances to show her students how American school bands perform.

“Our band is proud to be ambassadors of Ironton, but we did not expect international ties,” Sanders said.”

While in New York, the students visited the Museum of Natural History, the Statue of Liberty and Ellis Island, Fifth Avenue, Times Square, and saw Daniel Radcliffe and John Larroquette star in “How To Succeed In Business Without Really Trying” on Broadway, which was last spring’s IHS school play.