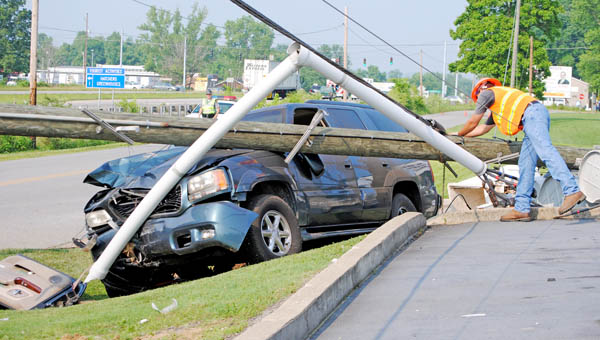 SOUTH POINT — One person is dead after an accident this morning just off of U.S. 52 near Bob Evans restaurant in South Point.

He was pronounced dead at the scene. The Lawrence County Coroner’s office will determine the cause of death.

Trooper W. D. Hunter said witnesses reported Cain’s head was slumped down as he was driving, prior to impact.

No one else was involved in the wreck.

The Burlington-Fayette Township Fire Department responded to the accident.

Electricity is temporarily out in the immediate area.

One more arrested in burglary of deceased woman’s home

Another man has been arrested in connection with the burglary of a deceased woman’s home Monday evening. Ironton Police Chief... read more