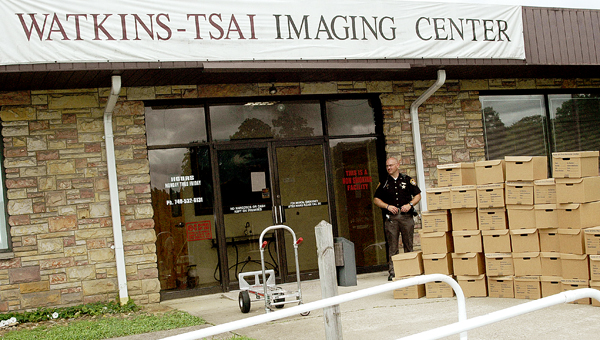 COAL GROVE — Federal and local agents descended on the office of Dr. Peter Tsai and the adjacent Watkins-Tsai Imaging Center, owned by his parents this morning, armed with a federal search warrant.

“There had been complaints that he may be engaging in Medicare and Medicaid fraud as to billing practices,” Lawrence County Sheriff Jeff Lawless explained.

The raid occurred at approximately 9:45 a.m. Employees were interviewed as agents lined up with boxes to haul away records from both the clinic and the imaging center.

The raid included officials with the Office of the Inspector General, Office of the Attorney General, the sheriff’s office, Coal Grove police, Ohio Medicare Fraud and the Ohio Department of Insurance Fraud.

Fire at Jo-Lin damages small portion of wing IRONTON — A lightning strike caused a fire in one wing of... read more