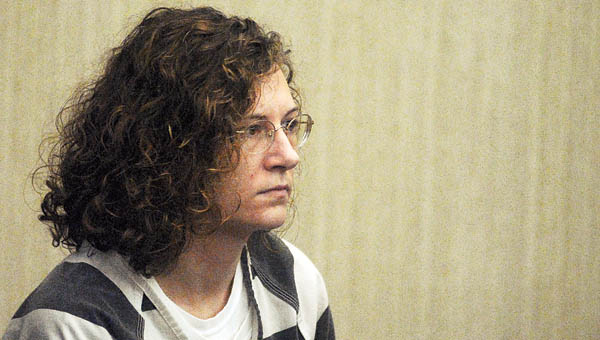 Megan Goff, formerly of Hamilton Township, is standing trial for the 2006 shooting death of her estranged husband.

Jury selection begins today in Lawrence County Common Pleas Court in the re-trial of a woman accused of shooting and killing her husband in 2006 begins today.

Megan Goff, formerly of Hamilton Township, was found guilty of the murder of Bill Goff in 2007 and sentenced to a minimum of 33 years in prison — 30 years for the murder and 3 for using a gun to commit the crime.

But late last year, the Ohio Supreme Court overturned her conviction and ordered a new trial. The state’s highest court ruled that an expert witness for the state, Dr. Philip Resnick, should have confined his testimony to Goff and whether she suffered from battered woman syndrome and should not have ventured into whether she was telling the truth and what he perceived to be inconsistencies in her statements.

This trial will differ from the first in more ways than one. Goff will have a jury decide her fate this time. During her first trial in 2007, she waived her right to a jury trial and opted to have her case heard by Visiting Judge Fred Crow.

There will be a different judge this time as well. Crow recused himself from the case, citing medical issues, after the new trial was ordered. In February the Ohio Supreme Court assigned the case to Patrick McGrath, a retired judge from the Ohio 10th District Court of Appeals in Franklin County.

The attorneys on both sides will differ as well: Goff has replaced Marty Stillpass and Chris Delawder with Paula Brown, William Bluth and Richard Parsons, of Columbus. Lawrence County Prosecutor J.B. Collier Jr., and Assistant Prosecutor Brigham Anderson will try this second case. Assistant Prosecutor Bob Anderson tried the first case and has been active in preparing for the second trial as well.

The trial is expected to last 2-3 weeks, jury selection may take the first 2-3 days.

Goff is accused of going to her estranged husband’s home in March 2006 and shooting him 15 times with two guns. She was arrested at the scene. She maintains she shot him in self- defense because he threatened to kill her and their two children. She maintains she suffered from battered woman syndrome.

CHESAPEAKE — The Chesapeake Church of the Nazarene will have a yard sale and auction with proceeds going to support... read more