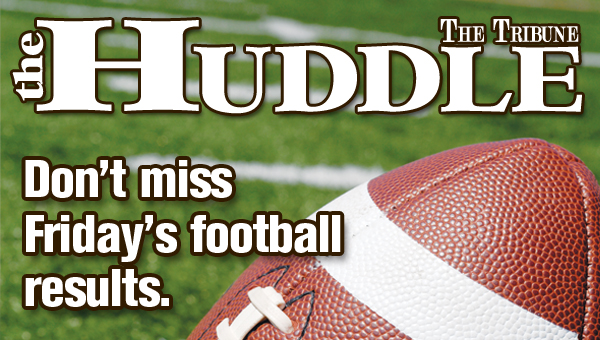 Check back here for scores and don't miss all the results from week one of high school football in Sunday's Tribune.

ASHLAND, Ky. — This gift was wrapped and complete with a bow.

The Ironton Fighting Tigers had 300 yards of offense and didn’t punt until the final minute of the game, but they lost four fumbles and dropped a touchdown pass in a 28-6 loss to the Ashland Tomcats Friday at Putnam Stadium.

Ashland (4-1) scored on the first possession of the game as Sam Hunter hit Cody Withrow with a 6-yard pass and it was 6-0.

Ironton (3-1) came right back and drove 66 yards. Tyler Hager ran 4 yards and appeared to have broken the plane, but it was ruled the ball was stripped and Ashland recovered in the end zone.

Ironton marched from its own 6-yard line to the Ashland 21 only to drop a fourth down pass that would have been a touchdown.

The Fighting Tigers got to the Ashland 41 but fumbled and the ball landed in the hands of Evan Yongue who returned it to the Ironton 20. Ironton held on down and drove to the Tomcats’ 21 only to fumble the ball away again.

Ironton got within 22-6 on a 20-yard scoring pass from a scrambling Tyler Kratzenberg to Skylar Fields on a fourth down. But Ashland came back to score on a 6-yard run by Hunter with 2:46 left.

Tanner Schweickart ran eight times for 73 yards as Ironton rushed for 2234 yards. Kratzenberg was 5 of 9 for 66 yards and a score. Tyler Hager had 52 yards but left the game early in the second half with leg cramps and did not return. Trevor White had 56 yards.

Ashland ran for 136 yards and Hunter was 13 of 18 for 228 yards passing to give the Tomcats 64 more yards of offense than Ironton.

Portsmouth West 70, Rock Hill 14 (Redmen quarterback Will McCollister left the game on the first play with an injury)

Board proposes changes that meet SB5 SOUTH POINT — A federal mediator has been called in to resolve an impasse... read more