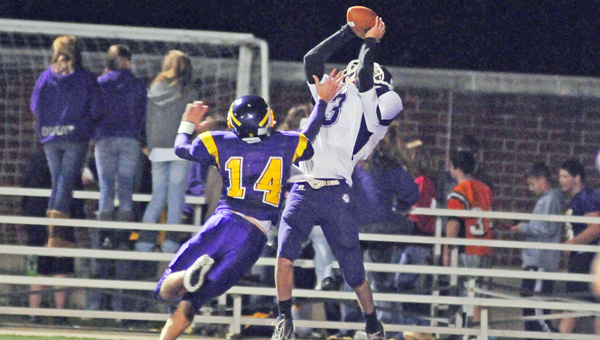 CHESAPEAKE — The Chesapeake Panthers are going from one unbeaten Southern Ohio Conference team to another.

Despite their similar records and conference affiliation, Chesapeake coach Andy Clark said there is a distinct difference between the two teams who are set to meet on Friday at Chesapeake.

“They’re two totally different styles,” said Clark. “Valley uses their athleticism and tries to spread you out. West stays in that fullhouse-T and tries to run right at you.”

“West presents a lot of problems. All their backs are about the same size and they all run very hard,” said Clark. “Auger and Bricker stand out. They have good speed. But the other backs are strong and run hard, too.”

“They’re big and strong up front. I feel that’s one of our strengths, but we’ll find out,” said Clark.

The Senators try to use the same size and power on defense to stop opponents, something they’ll try to do against the Panthers (3-1) who are looking for a win to boost their computer points total.

The linebackers are Josh Cooper (6-2, 235) and Frye while the secondary has Auger and Corey Summers (5-9, 185) at the corners with Ratliff and Adam Bricker the safeties.

“Defensive they have size up front. The nose guard and tackles are big and strong and hard to run on. The linebackers and defensive ends are pretty impressive,” said Clark.

“They don’t have (Jared) Pendleton at linebacker but they’re just as good only in a different way.”

Pendleton dominated for West last season at fullback and linebacker. Despite losing him to graduation, Clark said the Senators are improved not only from last season but since their opening game.

“They’ve got a good mix of size and speed. They don’t have one super player, but they have a lot of guys with good speed we have to contain. We have got some size and strength, but we have to use our techniques to play in there with them,” said Clark.

Arroyo takes matters into own hands to get win