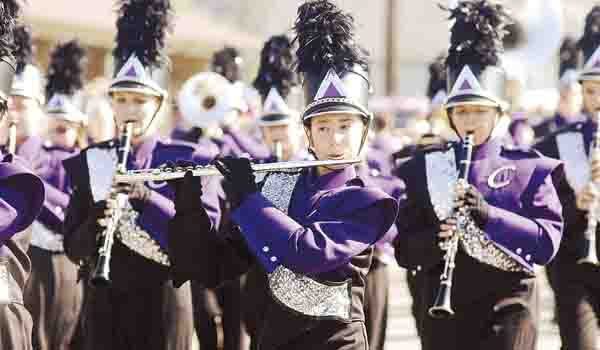 CHESAPEAKE — Eleven-year-old Devon Farley, of Chesapeake, brushed a streak of red paint along the round belly of a small orange pumpkin Saturday as his mom stood nearby watching.

What was the young Picasso aiming for, on this bright fall morning?

“Guts and gore,” he replied proudly. After all, it was a Halloween pumpkin.

Devon and Mom (Anita Farley) were among the hundreds who made their way along the tents and treasures of the annual Chesapeake Octoberfest, an annual event village leaders say is meant to bring the community together for a day of fun.

“It’s an opportunity for people to meet, see neighbors maybe they haven’t seen in a while and just get together,” explained Ruth Damron, of the Chesapeake Community Center. “And we’re having good luck with the weather.”

For Christine Case, the day was not just fun but also a fundraiser. Her pumpkin painting booth was actually meant to raise money for MOPS (Mothers Of Preschoolers), a new group at Chesapeake United Methodist Church. She said the group gives moms with young children a chance to network with each other.

Chesapeake Church of the Nazarene had a booth to promote the denomination’s mission work.

For some candidates in the November election, Octoberfest was one more chance to get their name before the voting public. One of the major attractions of Octoberfest was the 11 a.m. parade down County Road 1. As the fire trucks and marching band rolled down the street, the crowd gathered along the roadway to watch.

Valerie Dow, of Chesapeake, brought her mom, Betty Brewer, and her son, Waylon, to the parade.

“We come all the time,” Brewer said. While Valerie said she likes the crafts, Grandma surmised young Waylon “likes the candy and balloons and the rides.”

The Dow family was out in full force for this event: Even Brutus the boxer lazed on the procession sidelines, shaking the occasional hand and rolling over for a belly rub.