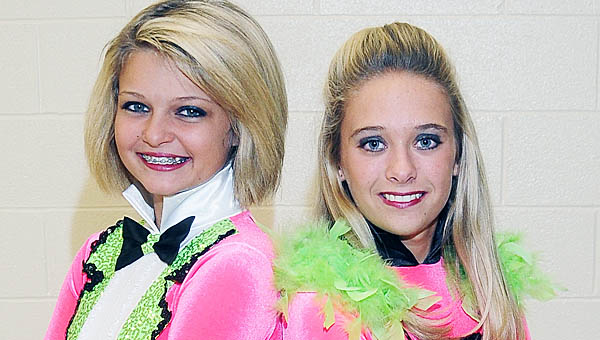 Lily McGinnis (LEFT) and Shelby Dalton (RIGHT) will be part of the company of 700 dancers of the Spirit of America Production dancing down 2.5 mile parade route with tens of thousands of spectators watching. (Kent Sanborn)

Shelby Dalton and Lily McGinnis will be part of the company of 700 dancers of the Spirit of America Production dancing down the 2.5 mile parade route with tens of thousands of spectators watching.

“It has been a really good experience, a once and a lifetime chance,” Shelby said. “It is really fun and you get to meet new people who are from all over the country.”

Last year after national cheering competition, Rock Hill students got an invitation to participate in the parade. Shelby and Lily accepted and began working on choreography from a video that had to learn before they arrived in New York City.

The performance of the dance corps will take only a couple of minutes at each stop along the parade route. But getting to that point has meant rehearsals that were hours long.

“It is hard, really hard, four hours long each practice, but at least they give you breaks,” Lily said.

But off the dance floor has been one of Lily’s favorite places.

“I like all the people, the shopping and the food,” she said.

And when she gets home, she will be loaded down with presents, including a new pink and green leash for Roxie, her Boston terrier.

But before then, the two girls will have a chance to perform for a live audience and those at home in front of the television.

“I’m really excited,” Lily said. “There will be a lot of celebrities watching.”

PROCTORVILLE — The inaugural program geared to boost the interest rates the county gets on its money will start with... read more