Two arrested in raid to appear in court 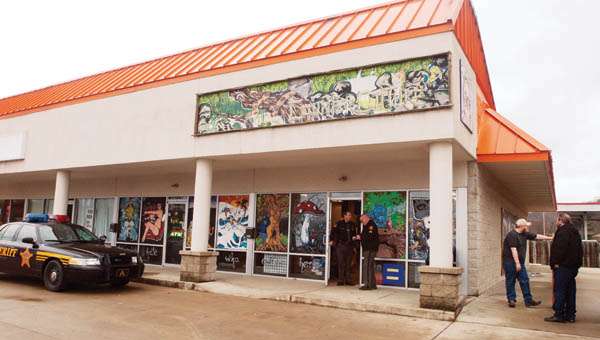 SOUTH POINT — The owner and manager of a novelty store in South Point have court dates scheduled.

Robert Holley, 45, of Rush, Ky., owner of Counter Culture, was arrested Thursday at his store for trafficking in drugs, a fifth degree felony. Holley is charged with allegedly selling synthetic marijuana and other analog compounds at the store in November 2011.

The arrest came during a raid by the Lawrence County Sheriff’s Office and the county’s drug task force. Additional items from the store that investigators allege are synthetic compounds were seized and sent for analysis. If those items are determined to be illegal substances, additional charges will be filed against Holley, according to Sheriff Jeff Lawless.

Synthetic marijuana and comparable compounds were deemed illegal substances in October after the passage of Ohio House Bill 64.

The store manager, Josh Tackett, 32, of Olive Hill, was also arrested at the time for tampering with evidence, a third degree felony. During the raid Tackett allegedly attempted to hide materials as investigators were conducting their search.

City to have public hearing on Liberty Avenue zoning/deed issue

The city will have a public hearing to further discuss — and allow citizens to discuss — a zoning/deed issue... read more