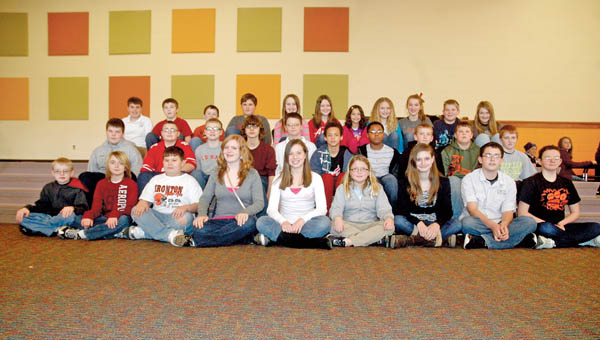 These students were participants in the annual Eddy Test that was Tuesday at Ironton Middle School.

To qualify for the test, students at the Ironton Middle School must score in the top 25 percent on the fifth grade Ohio Achievement Test. Standard scores in reading, math, social studies and science are totaled and ranked at the completion of the test.

For St. Lawrence students, the composite scores from any nationally recognized standardized test that measures scores in core subjects are used to determine eligibility.

Students who score in the top one-third of all Eddy Test participants will receive an Eddy Award and will be honored with their parents and guest at the Child Welfare Club’s scholastic banquet on May 10.

The participants from St Lawrence Catholic School are Dylan Jones, son of T.C. and Amy Jones; Ryan Scaife, son of Aaron and Lyn Scaife; Emma Williams, daughter of Jeremy and

Fair board bonds get go ahead

ROME TOWNSHIP — The crossed T’s and dotted I’s have it. Now the county commissioners and the fair board can... read more