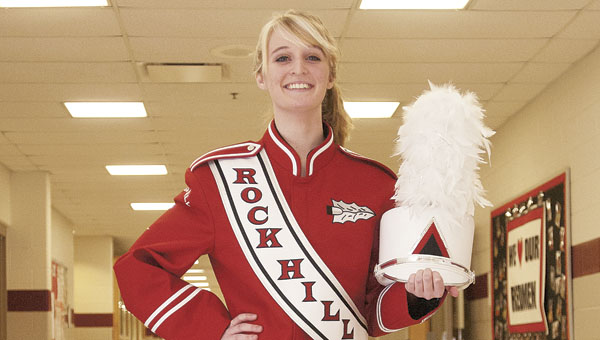 ELIZABETH TOWNSHIP — They are known as Lawrence County’s Band Of Pride but right now, they aren’t too proud of their uniforms.

The Rock Hill High School Band Boosters are spearheading a campaign to raise money to purchase new uniforms for the high school marching band. The goal is $20,000. Band Director Nick Basham said the uniforms in use now have seen better days.

“The last ones were bought in 1998. They’ve had a good life but its time to retire them,” Basham said.

He said mothers of band members take time before each game to make sure buttons are sewn on and zippers are operational enough to keep clothing in place.

Basham said band membership is on an upswing and the band is winning honors. Last year the concert band went to the state finals and, this past fall, the marching band went to state finals where it received an overall 2 rating, the second-highest possible. Basham said the band needs a new fresh look to go with its recent string of successes.

The boosters have also established a donation program in hopes of getting community support. All donations are tax deductable.