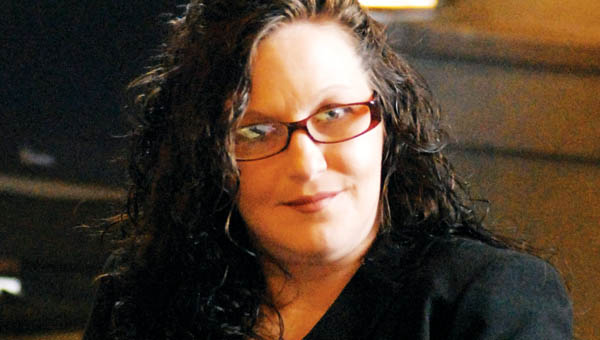 Kara Garvin seen in court in March of 2010 for the murder of three people in Franklin Furnace. Family member Jeremy Wells, cousin to Kara, is currently trying to raise funds for a book to tell Kara’s story.

Jeremy Wells had been living in Austin, Texas, for eight years when his mother called him with news he couldn’t believe.

His cousin, Kara Garvin, had been arrested and charged with shooting to death a family of three in their home in Franklin Furnace. The only eyewitness was a 6-year-old boy, who had watched his grandparents and aunt be gunned down.

“My first thought was I was just dumbfounded,” Wells said in a phone interview. “I knew Kara had had troubles. She was struggling with addiction. But I couldn’t believe she was guilty of murder, that little girl who couldn’t hurt a fly. I couldn’t see Kara hurting anyone. I didn’t know what to say or how to feel.”

The murders that rocked the Scioto County community happened a few days before Christmas in 2008. Fifteen months later Garvin was convicted and sentenced to life in prison without the possibility of parole.

“I didn’t think she would be convicted,” Wells said. “Any evidence was circumstantial. When she was convicted, I was shocked. It happened so quickly for such a horrendous crime. … A year for investigation and one-month trial, it seemed very fast.”

Now Wells wants to write a book about the case with the simple motivation of helping his family.

“I want to tell her story, her side of things and bring out things (her mother) Audrey discovered that didn’t come out in the trial,” Wells said. “It casts great doubts on Kara’s guilt. It is important not only to Kara and Audrey, but to Kara’s daughter, Micah, to have this story. It is very difficult growing up with the community saying things with your mother in prison.”

One of the points Wells wants to explore is testimony of the eyewitness that the shooter had black hair.

“However, (Kara) had blonde hair immediately before going to the police,” he said. “There is surveillance (film) showing she had blonde hair, but the police reports and detectives said she had black hair. She had the wrong color hair to be the person who committed the crime.”

Most recently Wells worked as a technical writer for Electronic Arts, an entertainment software company in Texas. Before that he was a staff writer for the Portsmouth Daily Times, the Scioto Voice and the Greenville Daily Advocate.

Right now, Wells is trying to raise funds for the book, which will be self-published, by soliciting donations through Kickstarter, an online method for funding creative projects. His goal is to raise $10,000 to be used for publishing and shipping. He has 30 more days to raise the amount; so far $1,000 has been raised.

“The money doesn’t come out of the account unless all is raised,” he said.

However, if Wells misses his goal, he intends to go ahead with the book.

“The project is not dead if we don’t raise the money,” Wells said. “It is important to Kara and Audrey and Micah. It is important for me to help my family. It will still go forward.”

BURLINGTON — More than $5,000 in stolen merchandise from area Walmart stores was recovered last week at a local motel;... read more