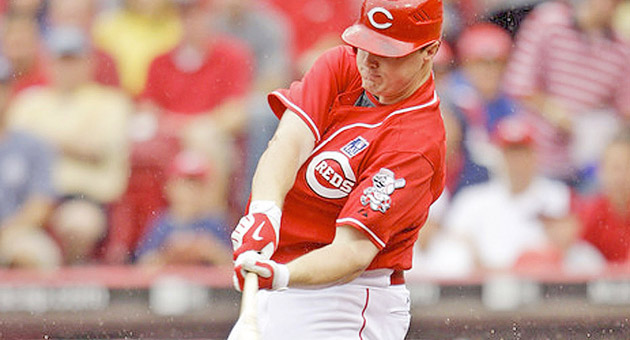 The outfielder has reported to camp weighing 16 pounds less than at the end of last season. It’s a noticeable change for the All-Star, who thinks the slimmer body will make him faster and help him get through the season better.

“I just felt I wasn’t getting any thinner,” Bruce said on Wednesday. “I thought that 15 or 16 fewer pounds on my body would help me get through the season. I have never been a speed guy but this might make me a little faster.”

Though he made the All-Star team last season, his batting average, slugging percentage and on-base percentage dropped slightly. Bruce batted .256 with 32 homers and 97 RBIs in 157 games. He stole eight bases, but was caught trying to steal seven times.

The 24-year-old outfielder started losing weight in January, dropping the 16 pounds in six weeks through workouts that involved more running. He also changed his diet.

“I cut down on grains, and the obvious things — no fried foods, no soft drinks,” he said. “I will eat more grains now because I need the carbs.”

Manager Dusty Baker thinks that Bruce, who is down from his weight of 226 at the start of last season, might be able to get through his swing faster with a slimmed-down physique.

“When your body changes, you have to adjust a little,” Baker said. “Our bodies change as we get older.”

Bruce has been hitting in a batting cage at home in Texas. He’s eager to see how his swing feels when he faces Reds pitchers during spring training. Position players are scheduled to report and hold their first workout on Friday.

“I’m just as strong as I was,” Bruce said. “We will see when I face live pitching.”