Dragons pull away to win 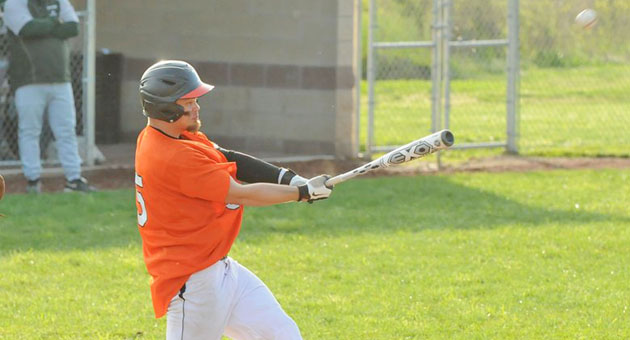 If you give the Fairland Dragons an inch, they’ll take a foot. And a win.

The Dragons took advantage of eight walks and three errors as they scored five runs late to pull away from the Ironton Fighting Tigers 7-2 on Thursday.

“You have to throw strikes and you have to make the plays in the field. We gave them too many opportunities and a good team will take advantage of that,” said Ironton coach Toben Schreck.

Fairland (2-0) went up 2-0 in the first inning on a hit by Corey Barker, an RBI double by Eric Riley and a run-scoring single by Alex Thackston.

Ironton (1-2) tied the game with two runs in the third inning when Trey Spencer singled, Steve Easterling reached on an error and Brandon Leach drilled a two-run double.

The score remained that way until Fairland got four runs in the fifth.

Kyle Sowards walked, Barker was safe on an error and Riley reached on an error for a run. Thackston and Matt Aliff capped the rally with RBI singles.

An insurance run scored in the seventh with the aid of an Ironton error and Aliff’s second RBI single.

Thackson was 2-3 while Riley and Aliff were 2-4 for the Dragons.

Spencer, Battise, Roberts, Leach and Phillips were all 1-3 for Ironton.