Return of the Macker 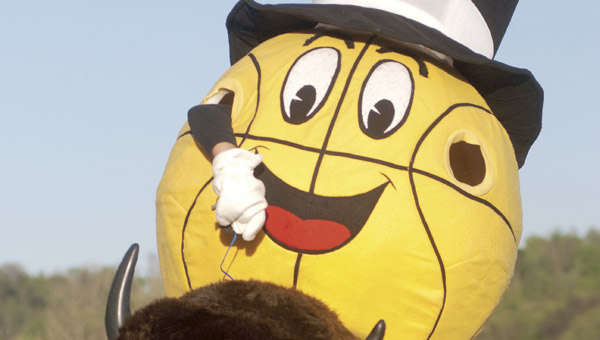 The Macker Man takes a seat on the riding bull during the Gus Macker event at Buffalo Wild Wings Thursday.

Hot wings, beer and entertainment. Is there any other way to throw a party? If so, don’t tell the people who gathered to celebrate the start of the annual Gus Macker 3-on-3 basketball tournament, which begins May 19.

The annual party, held at Buffalo Wild Wings, has become an event all in its own.

While taking advantage of the free drinks and food, the crowd watched numerous children participate in a free-throw contest in the parking lot.

“These events bring a lot of people together this time of the year,” Tony Wilson, EMT, said.

While the party was well represented, people realized that it was merely the prelude to the main event.

“It is a big fundraiser,” VanSloten said. “Other than that, it brings people out. We shut down a street to have the tournament.”

Wilson believes that this tournament is one of the biggest events for Lawrence County.

“It’s in the top three of the year,” Wilson said. “It brings a lot of revenue to the city.”

Online registration deadline is April 30 and cost $124 per team.

Opening ceremonies will begin at 8 a.m. on May 19.

Flunking a drug test will get you more than a bad grade if you’re in trouble with Lawrence County... read more