Search on for missing man 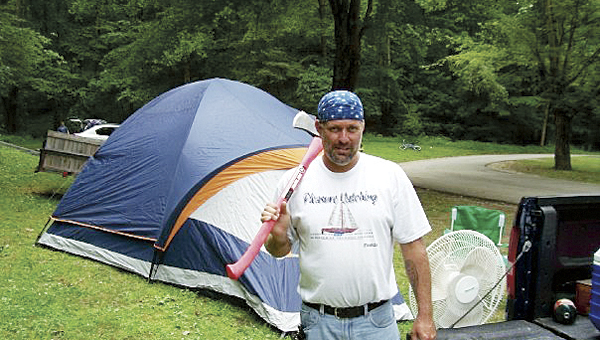 PROCTORVILLE — A Proctorville man is the focus of a missing person search after he failed to return home Saturday.

James Allan Lawson, 41, of Proctorville, was last seen by his wife, Paula, Saturday around 11 a.m. when he left their home to check on rental property he owns in Ironton.

“We were going to the campground (in Greenup, Ky.) whenever he got done,” Paula Lawson said this morning. “He never came back.”

Lawson said her husband had made an appointment to meet in South Point with a prospective buyer for a car he owns. She gained that information after calling a phone number recorded on his cell phone at 1:56 p.m. Saturday, according to a Lawrence County Sheriff’s Office report.

“(The prospective buyer) waited for him and never showed up,” Paula Lawson said. “He has never done this. When our son was born and he worked evenings or midnight, he would always call and I would put the phone up to (the child’s) ear. He has done that for 11 years.”

The couple has been together for 13 years. According to the report, James Lawson was to meet the buyer at the South Point FoodFair.

Lawson filed a missing person report with the sheriff’s office at 2:04 p.m. Sunday.

“(Paula) Lawson states that she has been calling his cell phone but there is no answer and his voice mail has filled up,” the sheriff’s report said.

The man is 6 feet tall, weighing 185 pounds and has brown hair and hazel eyes. He was wearing a gray sweatshirt, blue jeans and grayish white tennis shoes. He was driving a 1999 metallic blue Ford Taurus he had recently purchased from an Ironton resident. It has Ohio tags but the numbers are unknown. The man also has a cabin on 35 Herring St., Greenup, Ky.

“Lawson stated she had her father-in-law drive by and he was not there,” the sheriff’s report states.

The sheriff’s office has placed the man into the National Crime Information Center database.

An Ashland, Ky., woman was arraigned in the Ironton Municipal Court Monday after the van she was driving... read more