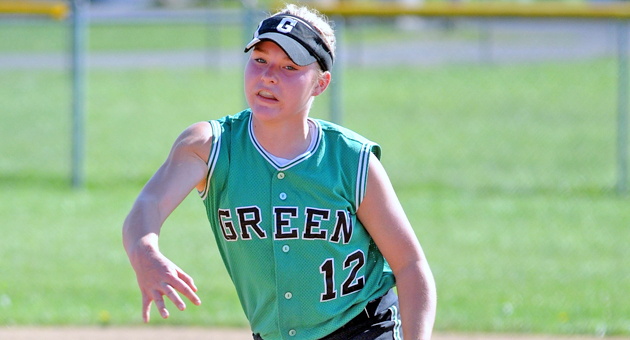 Lewis struck out 11 and walked only one as she got her first career no-hitter.

Green (11-13, 7-5) got the only run it needed in the first inning when Lewis singled, moved up on a passed ball and scored on Jenna Crawford’s base hit.

Kayla McCallister walked, Krashawna Jones singled, Rayna Boggs walked and Lewis had a two-run single as the lead went to 3-0 in the second.

The Lady Bobcats got three in the third. Crawford walked, Erin Imes reached on an error, Boggs walked for a run and Cline had a two-run single.

Imes singled, McCallister and Jones reached on errors for two runs and Emma Salisbury had an RBI single.

The game ended in the fifth when Lewis walked, stole second and came home on a throwing error.

Lewis was 2-2 as Green had seven hits.

CLEVELAND (AP) — Scott Fujita has fought for player safety as a member of the union’s executive committee. The NFL... read more