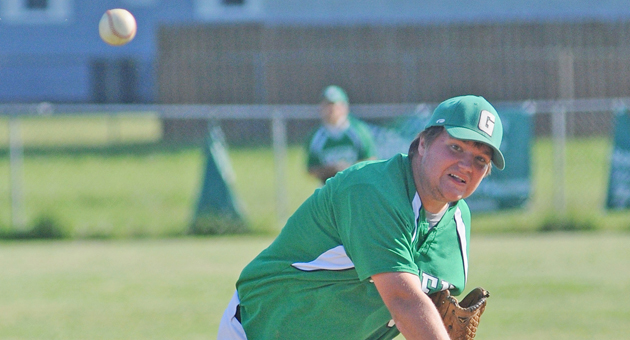 FRANKLIN FURNACE — The Green Bobcats did their job, and as a result they get to work again.

The Bobcats made the plays when they needed and Colton Brammer pitched well in relief as they beat the St. Joseph Flyers 6-2 on Wednesday in the Division IV sectional tournament finals.

Brammer came on in the third inning and finished up by allowing just one hit. He struck out four and walked only one.

On the offensive side, Mike Avery and Clay Applegate hit back-to-back home runs and Applegate drove in three runs to key a 10-hit attack.

“We played well as a team. We had kids who played up to their potential,” said Green coach Dan McDavid. “Colton Brammer came in and did a real nice job.”

By winning their third straight sectional, Green (18-7) now plays Whiteoak at 6 p.m. on Sunday in the district semifinals at Chillicothe Veterans Stadium.

The Bobcats took a 1-0 lead in the first inning when Applegate walked, stole second base and Brammer singled him home.

The Flyers took a 2-1 lead in the top of the third inning on a single by Joseph Payton and Justin Mahlmeister’s two-run homer.

But Avery and Applegate went deep with one out in the bottom of the inning as Green regained the lead for good.

The Bobcats added some insurance runs in the sixth inning.

Adam Riffitt beat out an infield single and pinch-runner Bill Ratliff went to second on a Matt Howard’s sacrifice bunt, took third on a wild pitch and scored when Caleb Johnson reached on an error.

Avery then reached on an error and Applegate capped the rally with a two-run single.

By JIM WALKER Tribune Sports Editor   It was a case of making a little bit go a long way.... read more