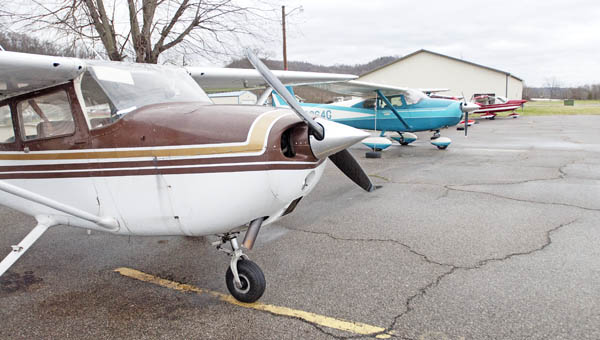 Land next to the Lawrence County Airpark is the focus of a legal battle.

CHESAPEAKE — The owners of property contiguous to the Lawrence County Airpark dispute the county’s contention that acquiring their land is mandatory for the sake of safety and want a jury to settle the matter.

Around the first of the year the Lawrence County Commissioners filed a petition in common pleas court to acquire through eminent domain 47 acres next to the current boundaries of the Chesapeake airpark.

On Jan. 20, 2011, the commission passed a resolution stating there was a public need to expand the airpark to comply with Federal Aviation Administration regulations.

However, in a response to the petition filed earlier this month, the attorney for Richard Wilson refutes the commissioners’ claim.

“Taking of 47.60 acres of their land is a taking that is excessive, as the taking of 47.60 acres is not necessary and not required for expansion of the runways and for the safety of airport usage,” states the response written by Richard Glazer of Cincinnati.

“The necessity for the taking of 47.60 acres of the property owned by Defendants, North Kenova Holdings LLC and North Kenova Development Co. Inc., is not supported by the studies and regulations set forth in the (county’s) resolution.”

In its resolution the commission offered $280,000 for the acreage sought. But in Glazer’s response a jury trial is sought to determine compensation.

“Defendants … state that the fair market value of the property which is being appropriated from them, together with damages to the residue, greatly exceeds the sum of $280,000,” the response states.

North Kenova companies also seek to be awarded attorney’s fees and other costs.

“Everyone is entitled to their fair due process,” Commission President Les Boggs said. “I am not offended by the news (that a trial is sought.) As far as details I can’t comment. I have not seen his response and can’t make any response until I see it.”

COAL GROVE — After last week’s break-in at the water plant, the Village of Coal Grove is focused on theft... read more