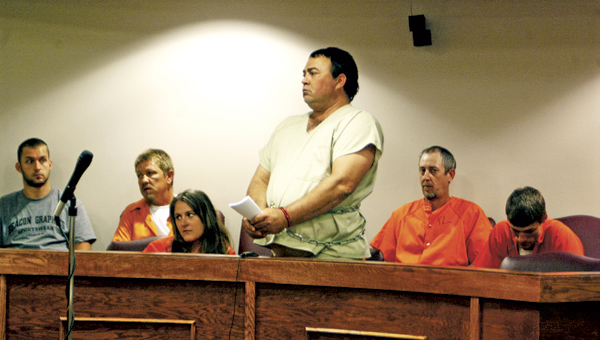 An Ironton man who allegedly brandished a pool stick to rob a gas station remains in the Lawrence County Jail under a $150,000 bond.

In addition to setting bond, Collins also appointed attorney Mike Gleichauf to represent Adkins. The Ironton resident must return to court Thursday for a preliminary hearing.

Adkins is accused of going into the Rich Oil at Third and Monroe streets late Friday night and holding up the gasoline station with a pool stick.

Witnesses gave police a description of the alleged robber and the car he was seen in. Adkins was arrested a short time later.